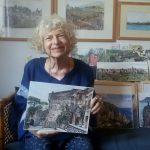 HELEN BAR-LEV was born in New York in 1942. She has lived in Israel for forty-five years and has held over ninety exhibitions of her landscape paintings, thirty-four of which were one-woman shows. Eight collections of poetry to date, all illustrated by Helen. She was nominated for the Pushcart Prize in 2013, is the recipient of the 2016 European Homer Medal of Poetry and Art. Helen is Assistant President of Voices Israel. 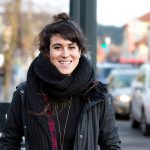 KELSEY CAMACHO is currently living in Longyearbyen, Svalbard, where she cares for ninety-one sled dogs and writes about her love of the Arctic. She has a thing for snow and darkness. Her writing can be found in The Portland Review, Entropy Mag, Coldnoon: Travel Poetics, and elsewhere. 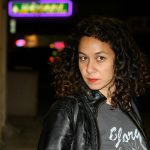 MELISSA CHADBURN has written for Guernica, Buzzfeed, Poets & Writers, Salon, American Public Media’s Marketplace, Al Jazeera America, and dozens other places. She is a fellow for The Economic Hardship Reporting Project. Her essay, “The Throwaways,” received notable mention in Best American Essays and Best American Nonrequired Reading. Her debut novel, A Tiny Upward Shove, is forthcoming with Farrar Straus and Giroux in spring of 2017. 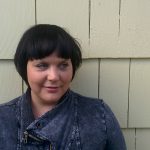 MEGAN GOSS, a MFA candidate at Oregon State University, is interested in literature that challenges social norms. As a former pastry chef, she uses non-writing time making cakes for family and friends. She believes the secret to sustainable creativity is buttercream piped directly into one’s mouth. 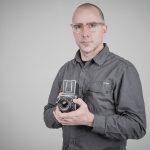 MATTHEW HAMON is a freelance portrait photographer who lives in rural Montana. His photography exists conceptually and aesthetically in the spaces between photojournalism and staged editorial imagery. Matthew’s photography has been featured in Outside Magazine, The Independent (UK), and Lens Culture, among others. He is a 2016 Syngenta photography award recipient and winner of the Diaframmi Chiusi Photography Prize. Recently, two of his portraits were featured within the 2016 Taylor Wessing Prize at the National Portrait Gallery in London. Self-described as “post-rural,” Matthew currently lives in Potomac, Montana near the Blackfoot River. 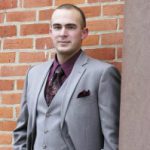 BRENDAN O’MEARA is a freelance writer—and purveyor of odd jobs—who authored Six Weeks in Saratoga: How Three-Year-Old Filly Rachel Alexandra Beat the Boys and Became Horse of the Year and is hard at work on his forthcoming memoir The Tools of Ignorance: A Memoir of My Father and Baseball. He also hosts the #CNF Podcast. He loves IPAs, doughnuts, his dogs, his sugar-mama, and Batman. He lives in Eugene, Oregon. ☆ Judge Bronwen Dickey selected “The Day That Never Comes,” as winner of Proximity’s 2016 Narrative Journalism Prize. 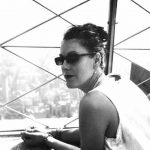 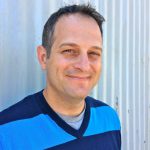 DUSTIN PARSONS‘ essays have appeared in Seneca Review, Crab Orchard Review, New Delta Review, Fugue, and Indiana Review. Recent honors for his writing include the American Literary Review fiction prize, The Laurel Review fiction prize, and grants in creative non-fiction from NYFA and the Ohio State Arts Council. He is associate professor of English at The State University of New York at Fredonia. 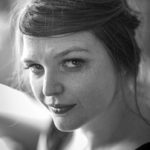 SARAH SHOTLAND is the author of a novel, Junkette, and a playwright whose work has been produced nationally and internationally. She teaches in the MFA program at Chatham University and is the co-founder of Words Without Walls, which brings creative writing classes to jails, prisons and rehabilitation centers in Pittsburgh, Pennsylvania. ☆ Judge Paul Lisicky selected “On Visiting Prison, Again,” as winner of Proximity’s 2016 Personal Essay Prize. 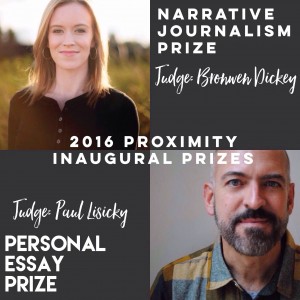 Narrative Journalism Judge: BRONWEN DICKEY is a contributing editor at The Oxford American and the author of Pit Bull: The Battle over an American Icon. Her writing has also appeared (or is forthcoming) in Best American Travel Writing 2009, The New York Times, Newsweek, Outside, The Virginia Quarterly Review, Popular Mechanics, Slate, Garden & Gun, and the San Francisco Chronicle, among other publications. She lives in North Carolina.

Personal Essay Judge: PAUL LISICKY is the author of The Narrow Door, a New York Times Editors’ Choice, as well as Unbuilt Projects, The Burning House, Famous Builder, and  Lawnboy. His work has appeared in The Atlantic, Buzzed, Conjunctions, Fence, Ploughshares, Tin House, and elsewhere. His awards include fellowships from the National Endowment for the Arts, the James Michener/Copernicus Society, and the Fine Arts Work Center in Provincetown. He has twice been a finalist for a Lambda Literary Award. He teaches in the MFA Program at Rutgers University, Camden.