When I was seventeen years old and living with my parents in Indianapolis, Indiana, all I wanted was to leave. I would lie restless in my bed, the floral comforter I picked out when I was twelve piled at my feet, and feel as though my parents’ entire house was sitting on top of my chest. There was nothing there for me except love and respect and kindness and boring.

I wanted something else—the vague promise of rebellion. My parents and their house kept me safe, but I wanted to be taken over by passion, making out in the backseat with a boy, or driving too quickly down a slippery road, or smoking a cigarette, or taking sips of a whiskey that burned so much I didn’t want it anymore but would take another sip anyway.

Unfortunately, I was too nervous to rebel. There weren’t many opportunities for adventure for a seventeen-year-old with vigilant parents and an anxiety disorder. Instead, I went to the drugstore.

Usually on a Sunday night, usually after spending too much time inside watching TV, usually when I had no money and nothing to do. But I needed something. I needed some way of differentiating myself from my parents. Some way of feeling cool and smart and attractive, like those teenagers on TV. Some way of getting an extra drop of dopamine to drip through my brain.

I would ask my parents if I could go to the drugstore, and then I would drive to Walgreens. I would drive with the windows down, past fields that used to be for corn but now were for new strip malls or new homes or new parking lots. I would smell the damp earth as the sun set and see the first lightning bugs spreading out over the grass. In the distance, phone towers would blink red, on and off. The sun would slip down the horizon, that constant line uninterrupted. The clouds would gleam.

I would arrive in the drug store parking lot and worry, briefly, about who might be inside. Maybe there would be a boy. Maybe he would smile at me and I wouldn’t know what to do. But there was no boy. Instead, I would walk up and down the aisles, buying everything that appealed to me in the hopes that they might save me from my angst. Facial masks. Menstrual cups. Foot exfoliants. Blue eye shadow, a powdery jewel in a black box. Disposable cameras. Cadbury cream eggs.

I would charge $106.39 worth of trifles, not for the trifles themselves but for the ability to take them home in a bag, dump them onto the floor of my bedroom, open each package, lay out each new, clean item, and then, one by one, apply each to myself.

Then I would stand up and look at myself in the mirror.

Are we better now? 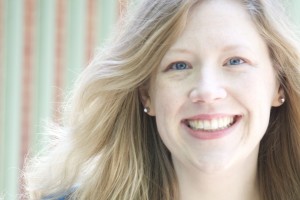 DANA NORRIS is the founder of Story Club, a monthly storytelling show in Chicago, Boston,and Minneapolis. She is the editor-in-chief of Story Club Magazine and she teaches at StoryStudio Chicago. She has been published in McSweeney’s Internet Tendency, The Rumpus, the Tampa Review, and her stories have been featured on Chicago Public Radio. She still spends too much money at drugstores.