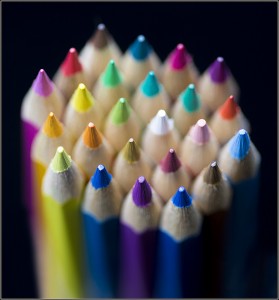 Every time I wedge myself into a kid-sized chair at a lima bean-shaped table in a classroom for another parent-teacher conference, I remind myself not to panic. Whatever the teacher’s report — whatever my wacky little offspring have gotten up to lately — I probably did something similar as a kid, and I turned out OK.

I remember in kindergarten, when I got in trouble for scribbling little hatch marks on the sides of my worksheets — not once, not twice, but again and again. Whenever I completed my subtraction or my fill-in-the-blanks, I began graying in one corner of the paper with my pencil and methodically covered the page in lines until the whole thing was unreadable. The teacher brought my mom in and asked me in front of her, “Why? Why won’t you stop?” and I said, “I don’t know.”

When I think back on it, I can’t remember if I thought she was kidding or if I just felt defiant. But I do remember being confused at her stress over the issue. Why all the fuss? Why did it matter?

She said, “If you don’t stop, you’ll have to skip art.” I didn’t stop, so I found myself sitting alone, banished to a little table where I would, supposedly, sit and think about curbing my scribbling habit. My friend Cynthia sneaked me balls of Play-Doh, and I mashed them against the underside of the table into blue and green and pink pancakes. Rebellion.

My third grade teacher reprimanded me almost daily for writing in phrases instead of sentences. We had to read these little paragraphs — “Mike drives a bus in the morning. The bus is red. Children get on. Children get off.” And then we were expected to answer questions about them in complete sentences.

But tell me this: If someone asked you, “What does Mike drive?” would you say, Mike drives a red bus? Or would you say, a red bus? I bet you’d say a red bus. Otherwise, you’re wasting words, right? No sense being redundant. Alas, my teacher did not agree. I got an F in writing, but I stand by those sentence fragments. Economy of words.

In seventh grade, we were instructed to keep a journal for two weeks. We could “journal” (as a verb) about anything at all, the teacher said. Anything! The point was, we had to write down something every day. So for two weeks over Christmas break, I chronicled the plot of every episode of The Young and the Restless. When we returned to school and took turns reading our journals aloud, everyone read about their feelings and their daily activities. I read about how Niki and Victor were fighting again and no one knew if Danny and Cricket would ever get back together.

My classmates laughed (which I liked) and said, “I can’t believe you wrote that,” (which I didn’t like so much). Why couldn’t they believe it? We were allowed to write anything, right? Why was my thing weird? For that matter, why didn’t anyone else write about TV?

My 11th grade English teacher gave our class a pop writing assignment in which we were to write a story that began with the sentence she wrote on the board. The sentence was something like, “The lobsterman looked out over the water.” I don’t remember exactly, but the word “lobsterman” was definitely in there. I know that much because I remember thinking really hard about this character and what a difficult time he had in life being a man with lobster claws for hands. Poor Lobsterman. Out there living his life among regular men. Misunderstood. Impaired. Shunned.

I don’t remember how I found out after turning in the paper that a lobsterman is a person who catches lobsters, like a fisherman. How did all my classmates know that? This was Georgia, not Maine. Our papers weren’t graded; we never got them back. I don’t know what my teacher thought, and I was too embarrassed to ask.

When my son was 3, my spouse and I sat at another lima bean-shaped table as his teacher told us that he was failing to complete tasks that involved cutting, because he was unable to hold a pair of scissors. She asked why we hadn’t taught him this basic preschool skill. “Wait,” I said, “Aren’t we supposed to be keeping sharp things away from him?”

I thought I’d been such a good parent, creating a safe, blade-free environment for my baby. The other parents were teaching their little ones to cut, I guess, while I was snapping up all the scissors in the house, going, “Nope! Not for you!” How did they know? How did I not know?

How many times will my children find themselves in a lobsterman scenario? And how many of those will be because I lobstermanned something as a parent? 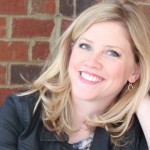 Mary Laura Philpott is the author and illustrator of Penguins with People Problems (June 2, 2015, Perigee Books), based on her Tumblr, The Random Penguins. She is the founding editor of Musing, the online literary magazine for Parnassus Books, and she contributes periodically to The New York Times, The Toast, and several other publications. She lives in Nashville, Tennessee with her family.