Lifting from the Sea, by Meghan McClure

This is only navel-gazing because the subject here might be the scar that slices vertically straight through mine and on down, south. A mountain range in miniature, cast in the pink of sunset, but, not that beautiful. I cannot be naked without seeing the way the land of me has been altered. The way shadows fall in the desert at dusk. The way sailors track the tides and the clouds coming quick across the horizon. Like mountains on a clear day in Seattle, inescapable. 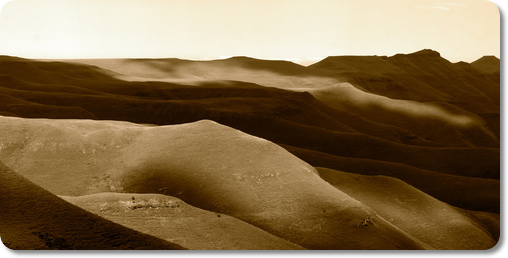 The word scar comes from the mountains: a “rock, crag” in the 14th century; a “bare and broken craggy face of a cliff or mountain” in the 1670s; an “isolated rock or low reef in the sea” from the Old Norse sker.

This scar comes from dozens of surgeries that started at 9 months old when my kidneys and bladder were found to be malformed. A broken, rocky face on an otherwise bare body. A line of rocks lifting from the sea. In clearer terms: a pale pink range that begins above my navel and travels down the six inches to where my body dips into a split. It is not a straight line, but a wrinkled ribbon laid out and smoothed by hand.

At one point, my stomach was a continuous plain of flesh. At another point, a giant chasm under knife and surgeon hands. And then a scab, stitched and bloodied. Now, a raised range to study in peripheral, to examine under fingertips, to wish away. And in the midst of this crag, the valley of my navel. This scar and navel inextricably linked, like a river feeding a lake. It is part of me, but also not of me–something between.

Most summers I visit Mt. Rainier, as I did once as a child while recovering from another surgery, and I watch through high-powered binoculars as the tiny grains of hikers clad in color inch along the vibrant white snow from Camp Muir to the summit. As a child with this new scar through my center, I tried to imagine who would struggle along this trail of mine. After I was old enough to understand the word scar, understand the pain as my own, after I was old enough to wonder, I would ask my mom why none of my friends at school had lines down the center of their bellies, why none of them understood the medical vocabulary I used, why I had to lay in a hospital bed so often while they learned new tricks on the playground. With my father out to sea, my mom was left to comfort me. She tried to teach me how things can be wrongly formed, how those things can be beautiful.

I wish, instead of the harsh word scar, I could assign the romantic sounding word cicatrix to this, the way Mr. Rochester described his newly “cicatrised visage” to his beloved Jane Eyre after a fire left his face with the scars of healed burns. But that does not contain enough of the slithery beginning or fading end of scar, the way mountains climb out of the ground slowly so we never know their exact beginning and then slide back down on the other side of the summit, slipping back into the landscape at an unknowable point. 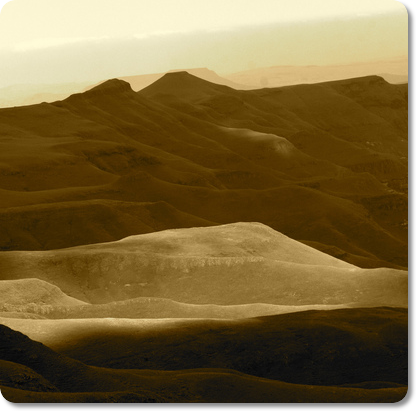 The word navel may have come from a Sanskrit word meaning “relationship.” A thing that connects us to another. Navel has come to mean in most places, “center.” Though you might not see it as such, each navel, each center, began as a wound. Through the navel we are connected first to our mothers. And through our scars we are connected to the wounds of every other person. We were cut from our first connection, left with a thumbprint-size dip to remind us of our original wound.
I know that one wound can contain all other wounds because when I slice my finger, I feel it through my center. I could draw a map of my scar for you if I needed to, but it wouldn’t be accurate because I have a hard time looking at it straight on. It’s not that this sort of self-reflection requires a mirror or a lot of time alone, just a stooped head and down-turned eyes. But it is too hard to recognize it as a part of myself, so I squint, like passing someone on a windy, waterfront street that you might have known when you were younger, trying to place their face or hide behind your own eyelids.

I’ve traced words to their roots and I have brought you all the way down from the mountains to this waterfront street, another place between, where ground gives way to water. And really, the scar through this navel has nothing to do with mountains and everything to do with the sea. I cannot ignore that every time I type navel, I am aboard a submarine; I am naval. I am saying goodbye to my uniformed father before he sinks below the surface for the next three months. I am sinking into the sea, a sailor trying to focus on the mountains in the distance, not the water I live in. I am neither in the sea, nor on the mountains, but somewhere between, tracing lines on a map with my finger. 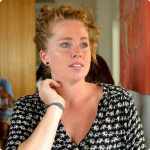 MEGHAN McCLURE lives in Washington and studied at the Rainier Writing Workshop, the MFA program at Pacific Lutheran University. She helps edit A River & Sound Review and her work has been published in Mid-American Review, LA Review, Water~Stone Review, Superstition Review, Bluestem, and Floating Bridge Review, among others.   Meghan once ate broccoli flavored ice cream and signed the inside of a missile tube aboard a submarine.