I wonder about the snow sometimes, whether it had started to melt and refroze at night, as it often does in Maryland, leaving a delicate, lacy crust on top of the packed inches, whether his body broke through with a pillow-pounding sound and remained there, still. Had his last breath already been released before his body landed? I wonder if his eyes stayed closed, whether his cheeks turned blue next to the snow, whether the snow absorbed the blood from his wounds, pulling it down closer to the earth and away from his body. I’ve thought about stealing a look at the police report. It’s in my mother’s office, somewhere, I think, in a desk drawer in its own folder. She told me once she tried to read it but couldn’t finish.

Older than Nelson when he died, I was in my 30s when I searched the Baltimore Sun’s online archives for a clipping about the accident that killed my mother’s first husband in January 1977. This is what I know from that: Nelson fell asleep at the wheel around 11:30 p.m. I imagine he was dozing before the hairpin turns leading north out of Towson and toward Loch Raven, a state park and reservoir creating a natural divide between Baltimore’s urban sprawl and the country.

The Sun reported he was speeding and drove off the road—a man in the 1800-block of Dulaney Valley Road came home about 12:30 a.m. to find his mailbox torn down and his garbage cans in disarray. He didn’t notice the 1973 Ford Pinto in the drainage ditch. Once fit for Ocean City lifeguarding and roasted tan because of it, Nelson’s body was thrown from a door window of the little blue car.

Nelson’s body, not restrained by a seatbelt, probably tumbled with the car as it flipped several times after leaving the road. When the man, Paul Tibbett, 40, found the car in the morning, Nelson’s body was 14 feet in front of it. The physics of the accident narrative seem unlikely. How could his body—that of a Lafayette College football player—fit through a small, broken car window? And how would the car have landed behind the body?

I have not told my mother I read the article.

Maybe I am reluctant to believe the official story because, in my mind, the accident has always been cartoonishly different from what was reported. For many years, it existed only in my childhood imagination. The car sails off the side of a turn, steering wheel never moving, car gliding through the air like an ice dancer. I imagine Nelson, eyes closed, slipping between his seat and the steering wheel, gliding through the front window, like an otter passing over a pebbled stream waterfall, landing elegantly as a feather on the cold, white snow, where the police found him, face down, with no unsettled snow around his body. He never moved, maybe never woke.

My mother and Nelson both had colds, so she didn’t go to Nelson’s boss’ house for dinner that night, but he thought he should. They’d been taking Robitussin and my mother says he probably had a bourbon or two, as well. He once went on a bourbon-and-hot-dog diet. That was so Nelson, from what I’ve heard. It was the seventies, before Mothers Against Drunk Driving, after the sexual revolution, after Woodstock, which he had attended. Nelson probably drank. Nelson probably fell asleep. Nelson probably died right away. The police officer who came to their little house the next morning was kind, my mother says. She knew when she saw him, although she was already worried. In the middle of the night, she’d woken up, screaming, “Nelson,” and had spent the hours afterward trying to remain calm. At 24, she was a widow. 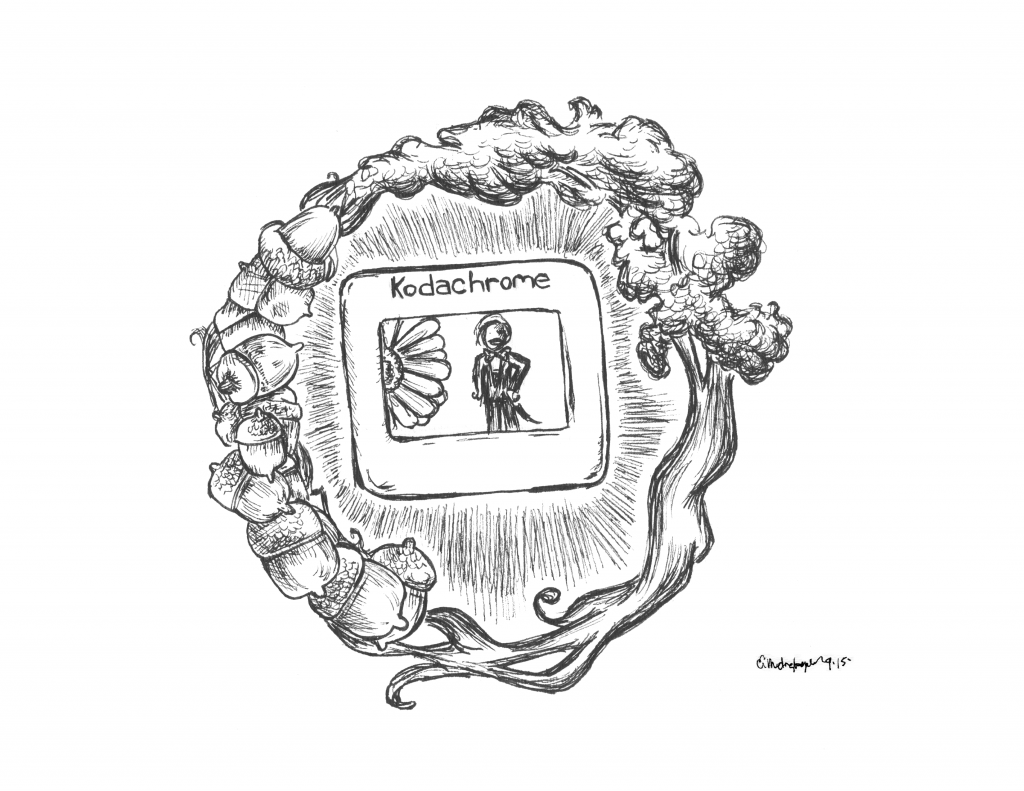 When I was a little girl, my mother would occasionally walk out to the garage, pull a clear bottle with a few dabs of golden liquid from the bottom of a cardboard box, unscrew the top, and sniff Nelson’s signature scent. Bravura. She would lovingly fondle the other items in the box. I either didn’t know what those other things were or just don’t remember. But I remember there being more when I was little, before I lost her engagement diamond childishly playing with her jewelry, before we moved to a new house with all the boxes in the garage. The reminders I know she has of him today: the police report, a wedding album, and a photograph my father developed from a slide he found in an old box of photos. He snuck away with the slide and had two printed—one for my mother, one for Nelson’s mother—and framed. I’ve always liked the photo, even as a slide. Nelson, cocky on his wedding day, chest puffed almost comically, the large black bowtie, black tuxedo jacket, black buttons on his white tux shirt. His mustache made his boyish face manlier, but it didn’t hide his apple-cheek smile. He parted his hair on the side. It was thin but not thinning, dark blond, a slight wave. My mother chose daisies as her wedding flower. Cheerful, hopeful and young.

He was buried with a box of acorns. She says he always wanted to be an oak tree. 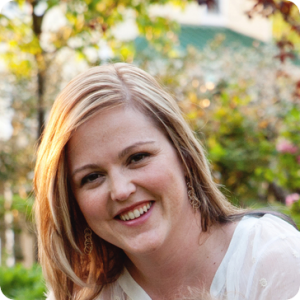 Based on Maryland’s Eastern Shore, SARAH ENSOR is a journalist and nonfiction writer. Ensor spent seven years at The Star Democrat as a daily staff reporter and eventually news editor. Now focused on personal narratives, her essays have been published in Splice Today and Braided Brook. She holds an MFA in Nonfiction from Goucher College. (@Write2Sarah)