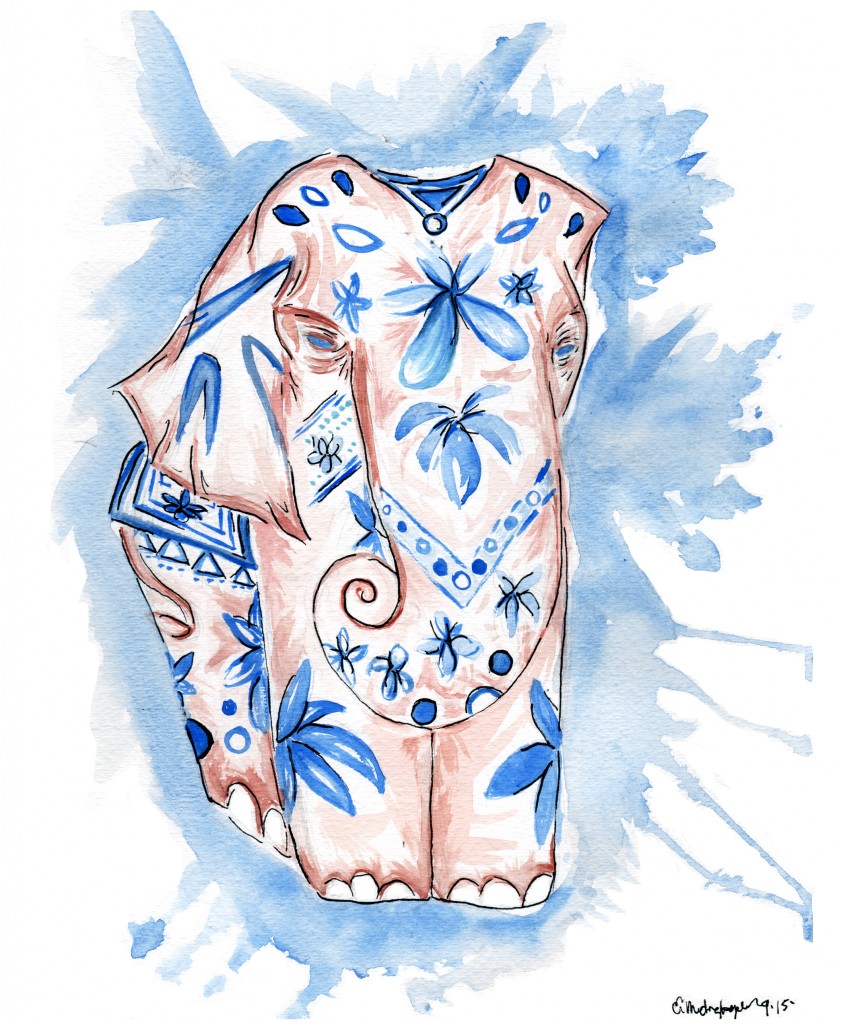 For years I displayed my red elephant with a few other animal trinkets brought to me from far-away places. When my cat began to knock them off the shelf regularly, I gathered them into a shoebox that I stowed at the bottom of my husband’s closet.

I remember it this way: when my friend, D, gave me the red elephant, she said, “This is yours to keep until we are no longer friends.” Those were probably not her exact words, but I had the impression that I was supposed to return the elephant to her in the event of a rift. If our future as non-friends was already clear to her, why did she give it to me? More importantly, why do I still have it?

About the size of my palm and made of wood, the red elephant is painted with patterns of flowers and dots in white, brown, and blue, like the patterns painted on Indian Temple elephants. It came from a set of four in different sizes—a family. D gave me one of the middle ones.

It is said that an elephant never forgets. This may have a factual basis: elephants have cognitive maps that allow them to remember large-scale spaces over long periods of time.

I met D in a French-language summer program for college students. She was eligible for a scholarship because she was moving to Quebec from an English-speaking province. I had lived in Quebec all my life, was not enrolled in a Canadian university, and my parents were paying full tuition. This was the first of many differences between us. She was 30. I was 18. She was renting an apartment off-campus. I was living in a dormitory. She was a serious student. I was not.

A few weeks into the program, I got sick with fevers and headaches. For about a week D let me stay in her apartment at the top floor of a small wooden cottage, breezy and light in the long summer evenings. There, I took long baths and accepted the cups of tea and coffee she made for me. Eventually, I was hospitalized and treated with antibiotics. This effectively ended my participation in the program. For a long time I believed meeting her was the only good thing that happened that summer.

By the time we met, D had passed through many transitions: she’d put a husband through medical school, then left him; she’d declared herself a lesbian, then moved across the country to live with a man. By the time D gave me the red elephant, she had again decided she was a lesbian and left the man and his business.

She worked as an administrative assistant and moved around a lot. I would visit her in the various apartments she rented around the city—first in the Mile-End, then in St-Henri, then in The Plateau. She’d light a joint, pour glasses of wine, and tell stories about work—incompetent colleagues and those she liked, her desire to be recognized. She told me about her childhood on a farm, her father’s early death, her resentment of her brother. And she told me about women she was dating and new circles of friends.

Once, she gave me a nightgown made of peach-colored synthetic silk. “I saw it at a thrift store,” she told me, “and thought of you.”

Several times a year I lift some neglected item from my husband’s bureau and ask whether it isn’t time to donate it to a rummage sale. Every time he responds, “It was a gift.”

In Hindu cultures the elephant signifies good luck because of the elephant-headed God, Ganesha, who is known to be courageous, strong, and wise.

The red elephant sat on various shelves for many years around my home, and every time I saw it, I remembered D—her slightly lopsided smile, her sometimes sudden censure, her passion for new people and ideas, the way she would turn a book over in her hands. Maybe she was only inviting me to return the elephant if I tired of it, if it should no longer have a place among my possessions

Among elephants, adult females and the young tend to travel in herds while adult males travel solo or in groups of their kind.

D would invite me to the parties she’d go to with her girlfriends. I had girlfriends too. Once, when I was visiting a woman with whom I was in love, we went upstairs to her neighbor’s, an artist with tar-black hair and hooded eyes. I recognized her from these parties.

“You,” she said when we were introduced. “You used to go out with D.” I laughed and shook my head. She examined me closely with her lizard eyes.

“But you were lovers!” she declared.

“No,” I said again, this time without laughing.

The origin of the term “white elephant” is from the story that Siamese kings gave albino elephants to troublesome courtiers, ruining them with the elephants’ expensive upkeep. There is no way to determine whether this story is true.

When I began to see the man who became my husband, D said, “You should know better.”

But, I kept him and I kept the red elephant.

The bodice of the nightgown was too big for me, and though I liked the color and the lace trim, I hardly wore it because of the way the sleeves slipped off my shoulders. Still, only recently, after about thirty years, did I make myself put it in a bag of clothes to give away.

Crippled circus elephants, Jenny and Shirley had not seen each other in 20 years. In the film of their reunion, they greet each other by curling trunk around trunk, playing in the water, and stroking each other’s ears. They make trumpeting noises, as if to announce to the world their happiness.

We never really said goodbye. When I called to invite her to a party, she said to me, “We are not the kind of friends anymore that invite one another to family parties. We’re the kind of friends who meet for coffee a few times a year.” I wonder whether this was the point at which I was supposed to return the red elephant. If she had wanted it, she could have found me years ago. 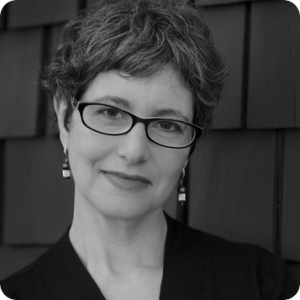 A native of Montreal, NAOMI GUTTMAN is the author of three books of poetry, most recently a novella-in-verse, The Banquet of Donny & Ari: Scenes from the Opera (Brick Books, 2015). She has received grants from the Canada Council, the New York Foundation for the Arts, and the Saltonstall Foundation. An alumna of the Warren Wilson Program for Writers, she teaches literature and creative writing at Hamilton College. She still has the red elephant.