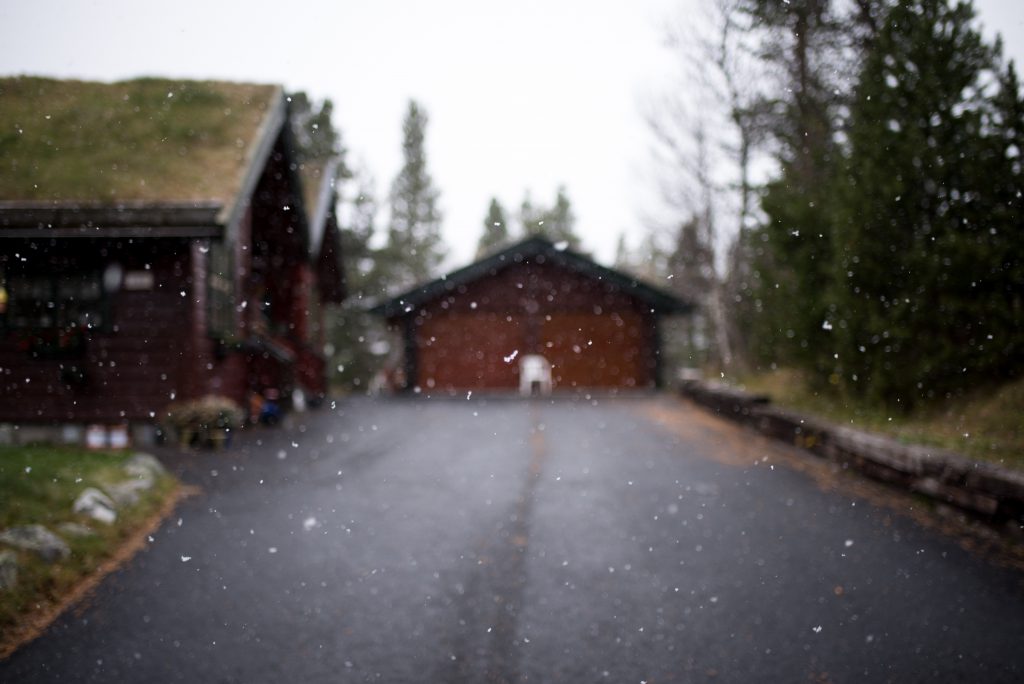 I can hear the laughter before I open the door to my mother’s house. My aunts and uncles are already gathered around the table, preserving the sacred art of oral tradition. The story could take place twenty years ago or earlier this afternoon—the excitement will be the same. It smells like coffee, boxed cake mix, and cigarette smoke. The dogs bark as I walk through the door, the story around the table growing louder to compensate for the high-pitched yaps. My mother is stirring something by the sink. My aunt is standing to tell her story more effectively. The walls are yellow, always a warm glow hovering. Everyone turns for a split second to say hello, but quickly returns attention to the story at hand.

I come from a people born testifying, swearing to God or whatever is holy that what they are saying is true. Storytelling is woven within the strands of my DNA. I learned to exaggerate from my mother, to enhance from my dad. My aunts taught me timing and how to save the right details for last, while my uncles taught me the importance of a carefully-selected curse word for emphasis. I inherited wit from my grandmothers, on both sides of my family, and learned to save the snark for when the audience least expects it. My grandfather taught me that some stories are not for crowds, but best shared with a select few in the corner of the room.

In my mother’s kitchen, the stories range from outrageous to hilarious to complete exaggeration. We use arm motions and facial expressions. We imitate and mimic. We use words like “busted” and “tickled,” and our shoulders shake hard when we laugh. We paint portraits with words, creating characters that jump into the room with us and ask for a cup of coffee or a light.

It’s Thanksgiving, I’m 25, and everyone is packed into my mother’s house, little groups of people scattered around the house in various states of conversation. I mingle around, holding a fresh cup of coffee, the mug with the blue flowers around the edge. I hear snippets of random conversations throughout the house, but one story is louder than the rest. My dad is laughing hysterically at something his sister Angie is saying.

My dad, Greg, is tall and burly, and has a laugh that comes up from his belly in such a deep way it frightens babies. I’m intrigued, so I stop to listen.

People mingle around us in the kitchen, tidying up or going back for seconds of broccoli casserole or my mom’s famous tavern ham, but everyone is listening as they work. Sipping from my mug, I stand near my dad and aunt as the scene unfolds. My dad was dominating the story at first, but Angie, pulling her blonde hair back in a loose ponytail as if she is about to take off running, soon jumps in to tell it from her point of view. The story is really about her, after all.

“Okay, so, I hadn’t had my bicycle very long,” I hear Angie say, setting up the timeline. “And everyone knows how much I loved my bicycle.” She was about 10 years old when she finally got a bike, purchased for her by one of her aunts as a gift.

“It was so beautiful,” she says. “I would comb the streamers on the handles with a brush.”

Angie is the most petite in our group, but she turned out tougher than most women I’ve met in this life. I’ve watched her scrub the stains off of a kitchen sink like it did something to offend her, all while laughing to the point of tears at the stories being told around her—as if scrubbing that sink clean was just a side task to the conversation. As Angie recalls the memory of her bicycle, her eyes sparkle with a fondness often reserved for newborn kittens or an old dress that reminds you of a good vacation you once took. Her bicycle wasn’t merely a toy, but rather something that made her feel hopeful about life. Something that made her feel like the other kids.

“So I’d probably been out riding my bike, and wanted to take a bath,” Angie says. “But getting a bath ready was a buster back then.”

As we stood in the kitchen, Angie explains how taking a bath was a process at the Queen house. They had to heat the water on the stove and fill the metal tub in the bathroom. Filling the tub with clean water after each use was a luxury they didn’t have. Of course, you didn’t want to be last in line and get the leftover grime of the rest of the family, so it was always a fight to get there first.

On this particular day, my dad, who was probably 17 or so at the time, had a date.

“I needed to get cleaned up before my date, ya know,” he says. “So I needed to take a bath after work.”

“And I had finished getting that bathwater ready,” Angie breaks in. “I got my soap, and my wash rag, and I’d just put my feet in the tub when Greg started bangin’ on the door. He said ‘Angie, I’m so sorry, I ran over your bike!’ I couldn’t move. I felt sick!”

Angie imagined her perfect bicycle smashed beneath the tires of my dad’s truck. And I can imagine Angie at that moment, as she threw a towel around her skinny body and flung the door open with a whoosh. She ran to the porch, her tiny feet leaving wet prints down the hall, only to see that her bike was unharmed, leaning up against the house, sun sparkling off its purple streamers.

“Greg slammed that bathroom door and locked me out, just dyin’ laughin’,” Angie says, while my grandmother and aunts cackle like farm hens.

“He stole my bathwater!” Angie says, almost with delight.

My face looks completely confused, and my family laughs at my expression. I turn to my dad and look at him with hurt in my eyes, but also some sort of odd amusement. It baffles me, and I can’t fathom so many parts of the story — the trick itself, or the fact that he would do such a thing to his little sister. I definitely can’t imagine tricking my own sister, and what’s more, I find it mind-boggling to consider they really had to share a tub of water to take a bath. I never had to do that. Not once. But today, they all tell the story like it’s a joke. The other siblings laugh until tears roll down their tanned cheeks. Angie slaps my dad on the arm, and they all laugh at how terrible the whole thing was. My dad apologizes for stealing the bathwater now, but they all still think it’s hilarious.

Time has blurred the line between cruelty and amusement.

I wonder if sharing bathwater was just a boring piece of their lives, something they did without considering whether it was common. When my dad had to fight his brother for the clean pair of blue jeans, I wonder if he realized that some kids actually had their own jeans. When my aunt was filling up that tub for a fresh bath that day, I wonder if she thought of the kids at school who didn’t have to hurry to be first in line. Perhaps they thought of these things as burdens, or perhaps they viewed them the same way I view fighting with my sister over which Disney movie we would watch that night on our own television in our shared bedroom with freshly painted walls.

As my aunt’s story ended and the laughter subsided, the other stories floating around the room continued to hum:

“No, no, no, that wasn’t that time, that was the time the car broke down before we even hit Barboursville.”

“…the Internet, I’m tellin’ ya, is the reason this country is in this goddamn mess.”

“Yeah, that was at Bald Head last year. Robin tore a ligament doing the Twist.”

“…so I told that woman that I refused to pay for such shitty alterations on a dress that cost me $500 to begin with.”

What I’ve learned is this: to tell a story in Appalachia, one needs only a little wit, imagination, and an audience, all of which are not difficult to find in the isolation of the mountains. In the telling of stories like these, the audience is transported to a different time. Hearing a tale from the past lives of my family allows me to relive that moment with them. I am in the backseat of a station wagon as my aunt learns to drive. I am in the bleachers as my father scores a winning touchdown. I am in the pool where my mother is the lifeguard of every teenage boy’s fantasy, where they all pretend to drown.

My people tell stories around gravestones, bonfires, tailgates and church pews. The audience is usually the same, but the occasion changes. What is appropriate banter for the Saturday night cook-out is not for the Sunday afternoon supper. There is drama to storytelling, and it requires patience and attention to detail. The stories may seem rambling or meandering to the outsider, but they are indeed crafted works of art.

I am not a reserved woman, or a woman who sits quietly at parties. I was taught to speak up, to sit up straight, to not be afraid of what I have to say. I am a woman of my people, a people who walk into the room with purpose and sit down at the head of the table with a story worthy of its audience. In Appalachia, we all desire to have our story told, to be heard. Our voices often get stifled in a world that moves faster than we do, but like the mountains where we dwell, we are raw but rich with life.

Walking around my mother’s kitchen, I make another cup of coffee and join the crowd, standing because all the seats are already taken, and listen. I listen to the dramatic pauses, the comedic timing, the mountain words only my people understand. I listen to the language of Appalachia dancing around the room. And I begin my story. 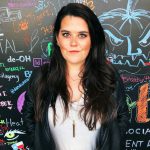 KAYLA QUEEN studies creative nonfiction at Marshall University, where she is currently completing a Master’s degree in teaching. In 2012, she launched her blog, Mountain Gypsy, as a place to write about and celebrate her Appalachian heritage. Kayla lives in Huntington, West Virginia, and has recently been published in the journal So to Speak from George Mason University, the anthology Voices on Unity: Coming Together, Falling Apart (Mountain State Press), edited by Cat Pleska, and the James Dickey Review. Her essay “A Field of Queens” was awarded first place at both the 2017 Sigma Tau Delta Convention and the Maier Awards. When writing, she enjoys good black coffee and listening to music by fellow Appalachians, such as Tyler Childers. (@KaylaQueen)