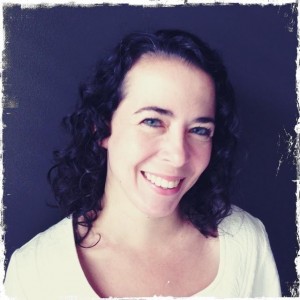 Shasta Grant writes on adoption, belonging, and letting go in “The Long Way Home” (Issue 2). In her interview, Grant discusses motherhood, her workspaces, and her happiest moment.

Shasta Grant holds an MFA from Sarah Lawrence College. She was a writer-in-residence at Hedgebrook in 2007 and is an editor forStoryscape. Her work is forthcoming or has appeared inCorium, WhiskeyPaper, The Journal of Compressed Creative Arts, Freight Storiesand and elsewhere. She grew up in New Hampshire and currently divides her time between Singapore and Indianapolis. She moved to Asia in 2010 and likes living there, except for her Barbie-sized refrigerator.

What inspired you to create this piece? I read a lot of books and essays about mothering, especially related to adoption, but I haven’t written much about my own experience. I figured it was time.

How would you characterize your creative process as you worked on this piece? (ex: fast and furious, slow brew, fits and starts) When the encounter on the bus happened, I knew it was something I wanted to write about. I just didn’t realize it would take me so long to actually do so. The day it happened, I wrote about it in my journal. That entry is dated October 20, 2010. I didn’t start working on it as an actual piece until January 2014. So I would call it a slow brew. The challenge was taking it beyond an anecdote. I think that’s why it took me so long to write about it—I needed some distance so I could see what it really meant.

Where do you create? Tell us about your workspace. Since I divide my time between Singapore and Indianapolis, I have a couple workspaces. In Indianapolis, I work at a big wood desk that looks out a third-floor window onto our backyard, with two of my favorite pictures of my mother as a child hanging on either side of the window. In Singapore, I recently replaced my Ikea desk with a vintage desk from the U.K. It’s 1960s old-school style, on caster rollers, and it has a pullout tray to store writing supplies.

Also in Singapore, I work two mornings a week at Woolf Works, a co-working space for women. It’s on the second floor of a shophouse. Shophouses traditionally have a storefront on the first floor and residence above. It’s a bright, open space with the most beautiful yellow shutters. It’s nice to work in the company of other women. It helps me to feel less isolated. Downstairs is an amazing bakery with the best pain au chocolate in Singapore. I probably indulge in those a little too much.

What do you do to help yourself get over a creative block? I don’t know if I believe in writer’s block. I stopped writing for awhile after we adopted our son; I focused all my energy on being a mother and my creative energy was spent on things related to that, such as sewing clothes for him and making a lot of food from scratch (one time I even made my own burger buns!). Writing is a choice and for a while I chose not to write. Now that he’s older and in school during the day and I’m not working for the first time in my adult-life, I choose to write every day. The amount of work I produce varies, some days it’s just a paragraph or two, other days an entire first draft, but every day I choose to sit down at my desk and write. Some days I don’t feel like it but I remind myself of the gift of time I’m currently enjoying. I don’t want to waste it.

What living writer would you recommend other nonfiction writers read? What titles in particular? Why? I would recommend Nick Flynn’s Another Bullshit Night in Suck City and Maggie Nelson’s Bluets and The Argonauts as examples of how you can experiment with form and narrative. Kathryn Harrison’s The Kiss and The Mother Knot for examples of how to really put yourself out there, to be vulnerable on the page. Oh and just about every essay in Davey Rothbart’s My Heart is an Idiot as a model of how to earnestly explore the world in front of you.

How did becoming a mother influence your writing? Would you say that you’ve changed at all as a writer? Probably the biggest change to my writing after I became a mother is that I stopped writing for a while. It wasn’t until my son started school that I was able to really write again. At the time, this felt quite shameful to me — the fact that I wasn’t able to “do it all.” I didn’t have any writer-friends who were also mothers at that time so I felt very alone and confused by the fact that I wasn’t able to write, work full-time and be a mom. Now several of my writer friends are also mothers to young children and struggling with those same issues I faced a few years ago. It’s a relief to know that I’m not alone and to also offer some support to these friends (yes, it gets easier as the kids get older!).

As far as changing as a writer, I think the way I write about mothers has changed. Before becoming a mother, I wrote several stories about mothers and they were all too idealistic. Now when I write fiction about mothers, I tend to focus on the difficulties, which to me are more interesting than any idealistic version of motherhood I might have had in my head at one point.

We asked Shasta to dip into the “Proust Questionnaire” and select a few fun (less writing-related) questions to answer. This probing set of questions originated as a 19th-century parlor game popularized by contemporaries of Marcel Proust, the French essayist and novelist, who believed that an individual’s answers reveal his or her true nature.

If you were to die and come back as a person or a thing, what would it be? I’d like to come back as a cat. I don’t really like cats all that much but I think I’d like lounging around all day. I need a good deal of time to myself and people understand and expect that of cats. Also, I go entire days without leaving the house sometimes, which isn’t so strange if you’re a cat.

What is your greatest extravagance? My husband laughed when he saw this question because I have so many things to choose from. I do like to shop. I enjoy nice clothes, bags, fancy kitchenware. I buy too many books. Lately my biggest extravagance is plane tickets. I went back to the U.S. for AWP this year and we’re also going home for my birthday in October, in addition to our summer and Christmas visits.

Which talent would you most like to have? I don’t know if you’d really call it a talent but I wish I could run. I’ve tried several times (i.e. Couch to 10K program) but I just can’t go much further than the mailbox.

When and where were you happiest? The six weeks I spent as Writer-in-Residence at Hedgebrook were among my happiest times. I stayed in a beautiful little cottage in the woods. The cottages are situated so you can see just a little bit of another writer’s cottage; you’re alone but not isolated. The concept there is radical hospitality and it truly lives up to that. The resident chefs, whom I still remember fondly, prepared the most amazing food for us. In the evenings, we gathered together in the farmhouse for dinner and conversation. Then we’d each fill up our basket with food for breakfast and lunch the next day and walk back to our cottages. I spent my mornings and days writing, walking in the woods or to the ocean, and reading. I learned how to make a fire in the wood stove, which is how each cottage is heated. Gloria Steinem was in-residence at the same time as me; the whole thing was like something out of a dream, really. All of it—the food, the time, the women—was so nourishing.

And, since the extravagance of writing time is so important, in what ways do you think your writing residency at Hedgebrook benefited you as both a person and a writer? My writing residency at Hedgebrook was a huge boost to my confidence. It was the first time since graduate school (which can feel like such a safe bubble of support) that I felt my work had value. It was at Hedgebrook that I truly learned to love solitude, which has since been enormously important to me both as a writer and as a person. Even now, many years later, when I doubt my writing or myself, I remember my time at Hedgebrook—I remember that someone thought I was worthy of that gift.