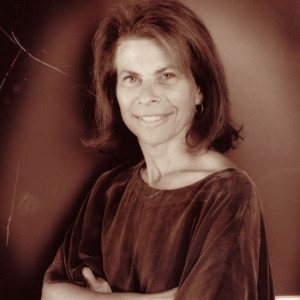 In “Croissants, Casseroles, a Fine Bordeaux” (Issue 3), Jane Katims tells a story about change, memory, artifact and loss, chronicling the joys and challenges of caring for an aging loved one. In her interview, Katims discusses her mother-in-law, Meryl Streep, and she recommends a writer to us.

Jane Katims from Arlington, Massachusetts, has published a poetry collection, Dancing on a Slippery Floor (2007). Her short story, “Until Now,” appeared in Pearl Magazine (2009), and “Without a Hitch” appears this summer in The Coachella Review (2014). For her writing work in radio, Jane won a Peabody Award. She teaches at The Cambridge Center for Adult Education and Tufts University.

How would you characterize your creative process as you worked on this piece? “Croissants, Casseroles, a Fine Bordeaux” is an exerpt from a book-in-progress. I began chronicling, in ajournal-like fashion, conversations and visits with my mother-in-law when she was in her mid-nineties. I found that, in doing this, buried memories of my own life and my own mother (who died at age 51 when I was 17) unexpectedly surfaced. So the book has become not only about Ille, my mother-in-law, but also about the experience of the loss of my mother when I was a teenager.

Who has been influential in your writing/creative work? Why? Kris Vervaecke, author and teacher at the University of Iowa, has been my writing “coach” for over five years. We have an ongoing email and phone communication and a close friendship as well. Kris reads my rough drafts and consistently asks penetrating questions that allow me to go further with and deeper into each story.

What living writer would you recommend other nonfiction writers read? What titles in particular? Why? I highly recommend the writings of Joan Wickersham. Read her memoir The Suicide Index: Putting my Father’s Death in Order. The titles of that book sounds grim, but, believe me, it brilliantly depicts idiosyncratic dramas—big and small—within a family in crisis. I’d recommend her fictional stories, as well, compiled in The News from Spain. These stories present characters that are both flawed and lovable. Joan has visited a class that I teach and has been extraordinarily generous when responding to my students.

What made you start cataloguing conversations with your mother in law? My relationship with Ille, my mother-in-law, has always been complicated. My own mother died when I was seventeen; three years after my mother’s death, I met Dan, my husband-to-be — I met Ille then, too. I was still reeling from the loss in my family. I firmly resisted accepting Ille as a “replacement” mother. She and I clashed in style and sensibility. Yet, Ille fascinated me — I admired her verve and her resilient spirit.

Many years later, when Ille, at age ninety-five, moved to an assisted living facility close to where Dan and I live, we visited her each week. I noted she was “opening up” to me, she was mellowing.   Both of us began to let some of our inhibitions down; we both became less guarded. I listened as she told stories about her German past, about her tempestuous marriage, about her struggle for education, about her intrigues with lovers, and about her philosophy of raising children. She began to express increased affection for me; I, in turn, felt close to her. An intimacy was forged.   And, surprisingly, many of my feelings and thoughts about my own mother —ones which I had buried for years —surfaced powerfully, came to my consciousness vividly. I concluded, I must keep track of all this! And so, I began to document in writing my conversations with Ille.

We asked Jane to dip into the “Proust Questionnaire” and select a few fun (less writing-related) questions to answer. This probing set of questions originated as a 19th-century parlor game popularized by contemporaries of Marcel Proust, the French essayist and novelist, who believed that an individual’s answers reveal his or her true nature.

If you were to die and come back as a person or a thing, who or what would it be? Meryl Streep.

Because we couldn’t help but ask: Why Meryl Streep? What a delight to know, early in life, what you want most and then go after it fiercely, honestly, and with ecstatic pleasure! That’s what Meryl Streep did. She has doggedly pursued her art. She has tested and honed her acting talent with joy, persistence, and hard work. In interviews, she reveals a vulnerability and humor, as she talks about struggles pursuing her profession and challenges nurturing her family. I love her performances. On stage and screen, she seems to completely enter the skin of each of her characters — I wish to achieve that authenticity as I attempt to bring to life characters in my stories.

When and where were you happiest? I was happiest when I was vacationing on a Caribbean island with my husband and three kids, many years ago when the children were the following ages: 10, 8, and 4.

Who is your hero of fiction? Alice Munro.