Lise Menn on “Next Year” 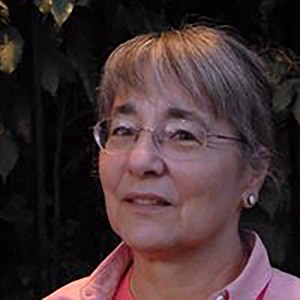 “Next Year” (Issue 2) is the story of Lise Menn and her husband as he crosses from life to death and she finds herself at a crossroads of her own. In this third-person narrative, Menn offers readers both narrative distance and an intimate portrait. In the following interview, Menn discusses influences, her creative process, and her motto.

Lise Menn is coeditor of The Widows’ Handbook: Poetic Reflections on Grief and Survival (Kent State University Press, 2014). She is professor emerita of linguistics at The University of Colorado, Boulder and has published a lifetime’s worth of research in language development, psycholinguistics, and neurolinguistics. In 2007, she began writing about the loss of her second husband, linguist William Bright, encouraged since 2008 by her new partner, poet and film historian Bruce Kawin.

What inspired you to create this piece? I was trying to capture as exactly as possible an experience that I had just gone through.

How would you characterize your creative process as you worked on this piece? (ex: fast and furious, slow brew, fits and starts) Very rapid, total concentration.

What writing or other artistic expression has had a profound impact on your writing? Why? When I was a teen, I read Selden Rodman’s superb anthology 100 Modern Poems over and over. That helped to shape my voice both as a poet – which is my usual mode – and, I think, also as a prose writer.

Where do you create? Tell us about your workspace. Anywhere an idea comes to me! If I have a computer handy I’ll compose directly on it; if I don’t, I grab any writing materials I can find.

Who has been influential in your writing/creative work? Why? Close friends and partners who are deeply invested in writing and who give me critical feedback as well as emotional support. Of them, only my current partner, Bruce Kawin, has been trained as a teacher of creative writing.

What do you do to help yourself get over a creative block? I do something else that has to be done. Then I come back to the problem piece and if I can’t go on, I may try rewriting it from the beginning. Or I just shove it in a drawer and forget about it.

What living writer would you recommend other nonfiction writers read? What titles in particular? Why? Susie Bright’s non-fiction; for example, her memoir of political activism in the ‘70s and early ‘80s Big Sex Little Death, for its intensely engaging prose. And The New York Times ‘Sunday Review’ section, for more varieties of unfancy but powerful, urgent, fact-based short prose.

Is there anything else you’d like to share with us about this piece, in particular, or about your creative process, in general? It was the first non-academic prose I’d written in many years. I nervously shared it with two English professor friends, expecting it to come back covered in blue pencil marks, and I was astounded when they encouraged me to submit it for publication with essentially no changes. I have no idea whether I can pull off another story or not.

In trying to capture the moment exactly as it happened, did you meet your own expectations for this and was there anything that you couldn’t capture or struggled with “getting right”? Yes, I think I got the moment pretty well, although i have no idea whether the near-panic that I felt at the idea of going back to the hospice comes across to a reader who has not had a similar experience.

As you mentioned, this was the first non-academic prose you had written in years. What made you decide to start with this? The other experiences in the intervening years were ones I had been able to talk about to somebody important in my life.  This one was experienced solo and was almost impossible to talk about.

We asked Lise to dip into the “Proust Questionnaire” and select a few fun (less writing-related) questions to answer.This probing set of questions originated as a 19th-century parlor game popularized by contemporaries of Marcel Proust, the French essayist and novelist, who believed that an individual’s answers reveal his or her true nature.

If you were to die and come back as a person or a thing, what would it be? A cello, preferably an expensive one so that only good musicians would think it worth investing in me.

Which words or phrases do you most overuse? ‘Of course’

What is your greatest extravagance? Earrings.

Which talent would you most like to have? Singing or playing an instrument well.

Who is your hero of fiction? Jo March (Alcott’s alter ego in Little Women), when I was a kid. Eowyn of the Rohirrim.

What is your current state of mind? Enormously pleased.

What is your motto? In my academic life, my own line ‘Beware Procrustes bearing Occam’s razor’; in general, from the comic strip ‘Maxine’, “Don’t believe everything you think.” Oh, and of course, “Life is short; eat dessert.”