Brendan O’Meara on “The Sultans of Swing” 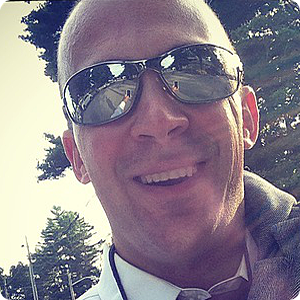 “The Sultans of Swing” (Issue 5), writer Brendan O’Meara’s story of escape, is about baseball and an epic father-son road trip. In the following interview, O’Meara discusses inspiration, his happiest moment, and his confidence as a writer.

BRENDAN O’MEARA is the author of Six Weeks in Saratoga: How Three-Year-Old Filly Rachel Alexandra Beat the Boys and Became Horse of the Year. Most of his work centers on sport: horse racing, golf, tennis, and body building, among others. A two-time Keystone Press Award winner for his Mountain Home Magazine feature stories, Brendan’s work has also appeared in Bleacher Report, The Good Men Project, Horse Race Insider, Trail Runner Magazine. His Proximity essay is part of a memoir-in-progress titled The Last Championship: A Memoir of My Father and Baseball. Disgusted by the state of doughnuts in the northeast, Brendan has visions of opening up a doughnut food truck called Donutarium: Crazy Good Donuts.

What inspired you to create this piece? It’s a chapter from a book I have little confidence will publish. It serendipitously fit the “escape” theme. It’s a bit trite, what with the whole road trip aspect, but it fits into the larger scheme of a book about my father and baseball/sport and how that is the common language he and I share.

What writing or other artistic expression has had a profound impact on your work? Why? Since I have a real problem with confidence, I need to visualize being somebody else. So I read anything by Wright Thompson, J.R. Moehringer, Wes Anderson, Michael Chabon, Jonathan Evison, Christopher Nolan, Nick Offerman, Steven Pressfield, Tim Ferriss, Laura Hillenband, Dave Eggers, Chuck Klosterman and try to be them. That’s the only way I’m able to get any work done.

Where do you create? Tell us about your workspace. Anywhere, I guess. I don’t have a desk and my computer can barely handle the Internet. I prefer to write standing up.

Who has been influential in your writing/creative work? Why? Writers like Dave Eggers, Chuck Klosterman, Kurt Vonnegut, Madeleine Blais, and John McPhee, forced me to go after my own voice and wash the college and MFA off of me. You look down at the shower drain and you see all this pretension going down the drain. When you pick up work by them you just feel it’s them. That’s a goal of mine: You pick up a piece of my writing and it weighs like something I’ve done.

What do you do to help yourself get over a creative block? I journal every morning, about three pages. Sadly, I wake up anxious and frustrated every day so I need to purge most of those feelings as best I can. I have no shortage of ideas and word count. My block is all about jealousy and a lack of belief in myself. I’ll get going and I’ll think, Who gives a shit about this? Maybe if someone else did it it would work, but certainly not you.

What living writer would you recommend other nonfiction writers read? What titles in particular? Why?   J.R. Moehringer’s magazine work is so damn artistic and beautiful and perfectly reported. Wright Thompson is the same, though not quite as good as Moehringer, but Thompson will be there soon. Laura Hillenbrand (Seabiscuit, Unbroken) is a master storyteller. Dave Eggers’ Zeitoun is one of the best books I’ve ever read. Jon Krakauer’s Into the Wild and Into Thin Air, too. His writing is muscular and he’s a great reporter. Basically what all these people have in common is that they have doctorates in reporting. The writing is freed from the immense mining they’ve done to into their subjects.

How does your “complete and total lack of confidence” influence your writing? My complete and total lack of confidence makes me work harder. It’s horribly poisonous though. When I’ve been lucky enough to win awards or honorable mentions, I always think, “Well, it must have been a particularly weak batch of entries.” My first thought when I got into grad school was that it must have been a real weak group of applicants. It probably stems from when I was younger. I’d bring home my report card. Say I got an A. Someone would say (I know it was a joke, but sometimes these things stick), “You couldn’t get an A-plus?” I’d get an A-plus. “You couldn’t get an A-plus-plus?” Even though that’s patently foolish, part of me kept chasing my tail. That futility over time leads to a feeling that you’re never good enough. It’s treadmill thinking: all this moving and going nowhere. That lack of confidence often leads me into self-deprecating humor in my work. My “ideal reader” is my buddy Pete, my best friend from high school. He’s wildly intelligent and calls me out when things don’t sound right. But when I can make him laugh, I know I’m on to something. When my confidence wanes, getting good notes from Pete helps me out and keeps me going. I just deal with it. It’s kinda messed up, but what are you gonna do? I’ve been adopting Tony Robbins’ techniques in Awaken the Giant Within. Seems to be helping.

You say the only way to get your work done is to try and be somebody else. When you talk about your influences, you mention that they forced you to go after your own voice. Where do you draw the line between being (or visualizing yourself as) someone and copying someone’s voice? I never copy them. I know Hunter Thompson used to physically type out The Great Gatsby to feel a greater connection to such fluid prose. I don’t even do that. I’ve listened to hundreds of interviews with artists (I’ve been obsessed with podcasts for years, mainly writers I admire across all disciplines: books, television, movies, magazines) and most all feel like frauds on some level. I relate to that. At age 34 and still flailing about trying to make a living does little to disprove this. What I do is picture being Vince Gilligan (creator of Breaking Bad), being Wright Thompson (ESPN magazine writer). It’s my idealized version of who they are. I know Gilligan is about as neurotic and pessimistic and fatalistic as I am, but he has a room of six other writers as they take two weeks to “break” or outline a single 42-minute episode. It’s group-think, then the writer takes the detailed outline and takes a week or two the then write the episode. He’s a proven commodity. I’m nothing. What I need to do is get myself into the idealized head space of the people I most admire. Picturing them doing the work, getting it done, fits, starts, grinding, allows me to get my work done. When I watch The Grand Budapest Hotel or The Royal Tenenbaums for the fifteenth time, I attack my own work with greater confidence. I don’t know why this is. I hold so little value in the raw version of who I am that I need to psyche myself out. It works on some level. I write thousands upon thousands of words per day. I’m not blocked. I don’t use the above neurosis as an excuse not to get the work done. It’s an odd exercise and people who possess greater self assurance probably see it as silly or foolish, but it works for me!

We asked Brendan to dip into the “Proust Questionnaire” and select a few fun (less writing-related) questions to answer. This probing set of questions originated as a 19th-century parlor game popularized by contemporaries of Marcel Proust, the French essayist and novelist, who believed that an individual’s answers reveal his or her true nature.

When and where were you happiest? This one time when I was 24 and laying on my stomach on the bow of a speedboat. It was a moonless light in Lake Placid, NY, so it was completely black with just a few panes of light shining from the surrounding lake houses. I didn’t have a life jacket or anything and I was told to hold on to the hook-thing on the tip of the bow. I hooked my feet inside the windshield to anchor myself as the driver put the boat in motion. I looked down over the bow and into the silent lake smelling the water as it smacked into the boat. The bow lifted up as we sped across the lake. The air blew by so fast that I had to squint my eyes. My grip remained tight on the hook as the driver swerved the boat in figure Ss. Tears poured down my face from the wind. The boat began to slow and the bow leveled off. We bobbed in the water there for a moment while the next person got to fly.

What is your greatest extravagance? An extra large dark roast coffee from Dunkin’ Donuts with cream and three Splenda (when we’re not on lockdown, of course. Right now we are so such treats are forbidden.)

Who is your hero of fiction? Ron Swanson

What is your current state of mind? Complete and total lack of confidence, coupled with frustration that I’m no better off at 34 than I was at 24 (with no signs of improvement), which all cycles back to confidence.

What is your motto? Do the work.