Between Too Many Rats and So Many Roses

The Artwork of Janice Wright Cheney

Enter the cellar. Spot the rats hiding behind the trashcan. Turn around and see the rats perching on the stairs. And the ones by the window. When you turn back to the trashcan, have the rats multiplied? How many stand still in this cellar? Or are they moving?

They can’t move, you remind yourself. They are made of repurposed old coats and sewn together by an artist. But still, this multitude seems to twitch. 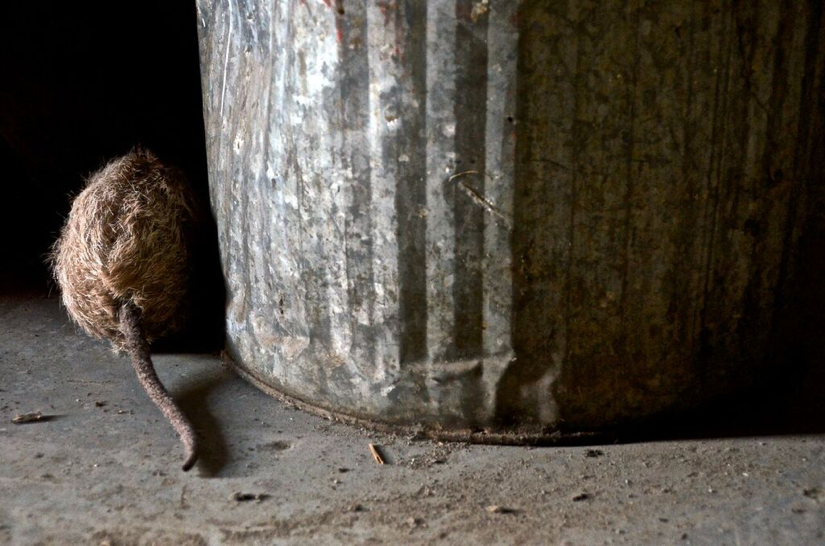 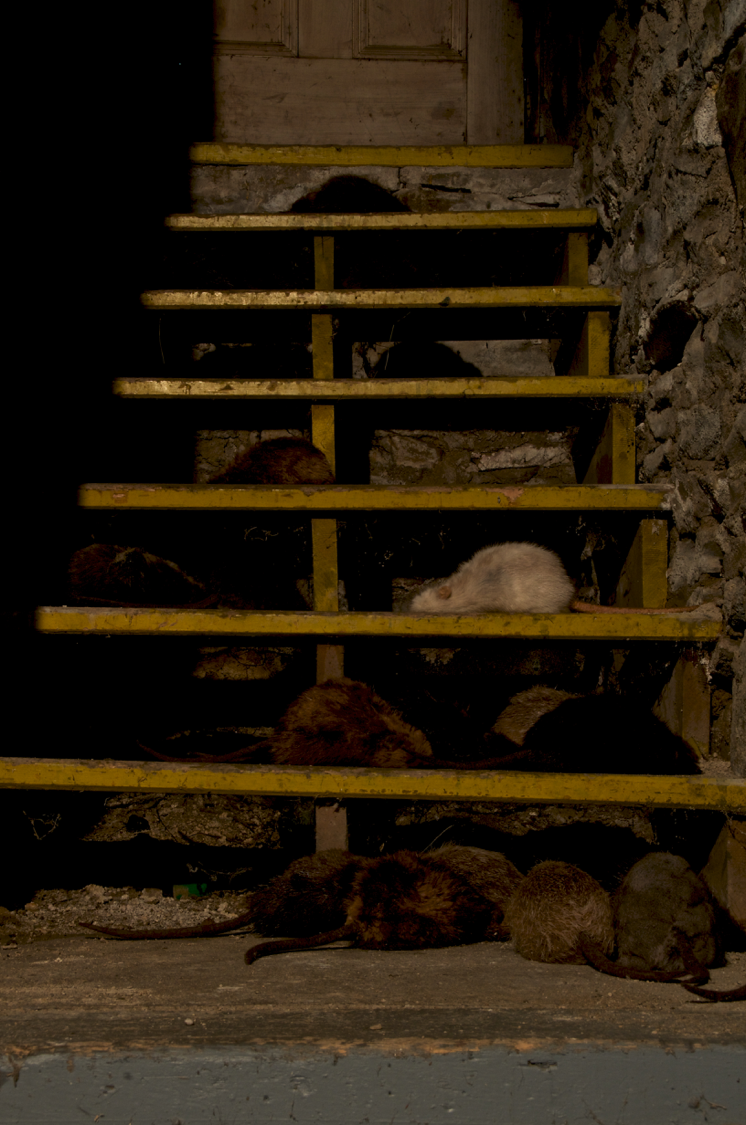 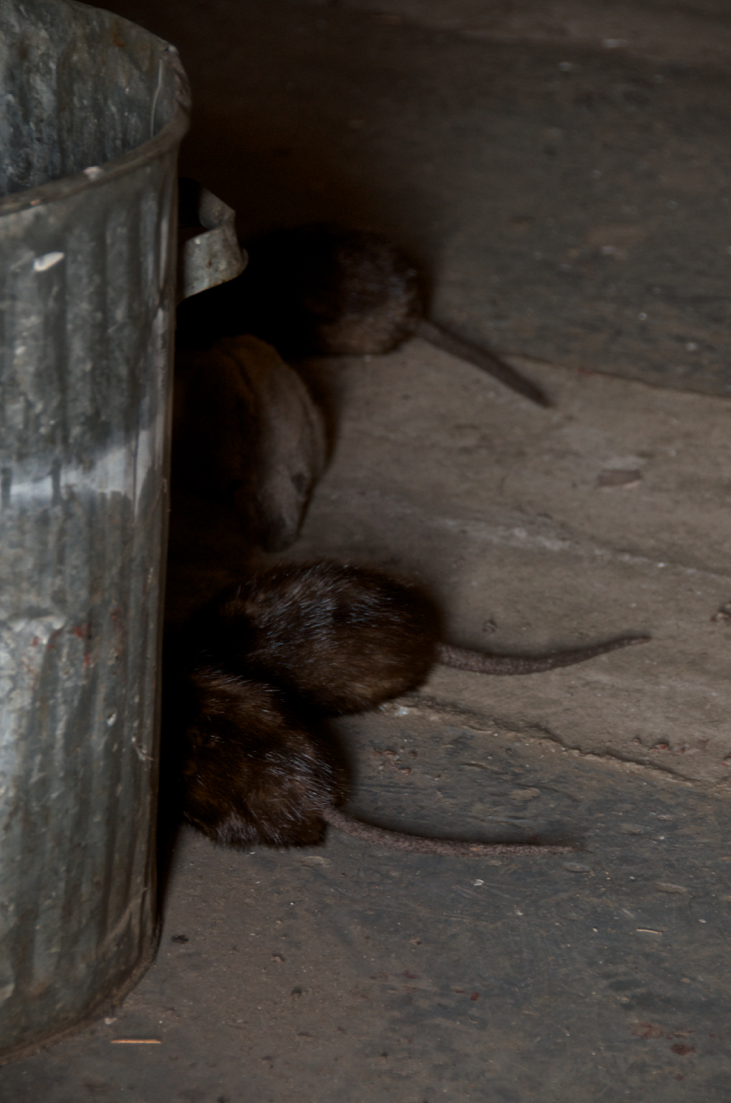 This is what Janice Wright Cheney wants. Rats, the artist says, symbolize excess. Our excess. Because the rodents thrive off our garbage, the more stuff we discard, the more rats enter our cities and our cellars. 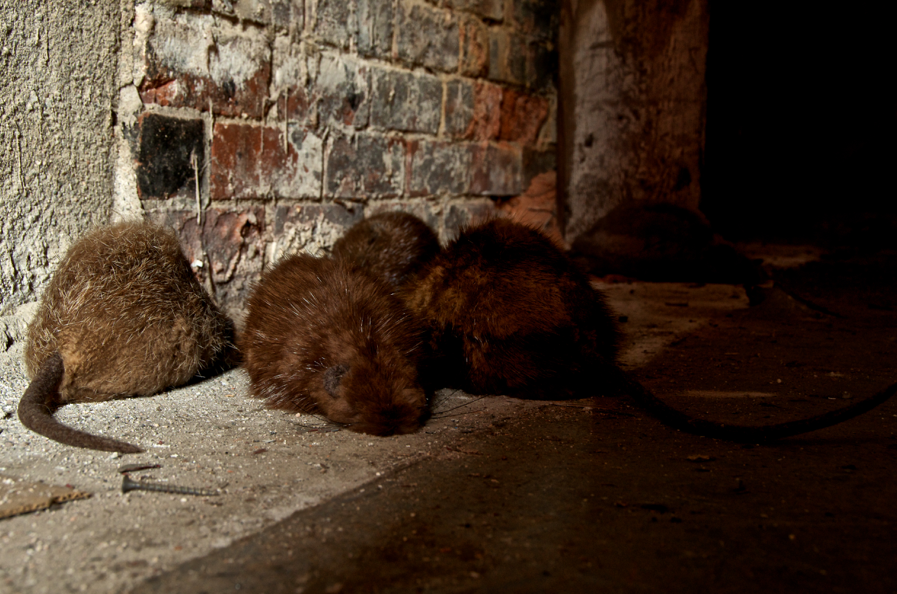 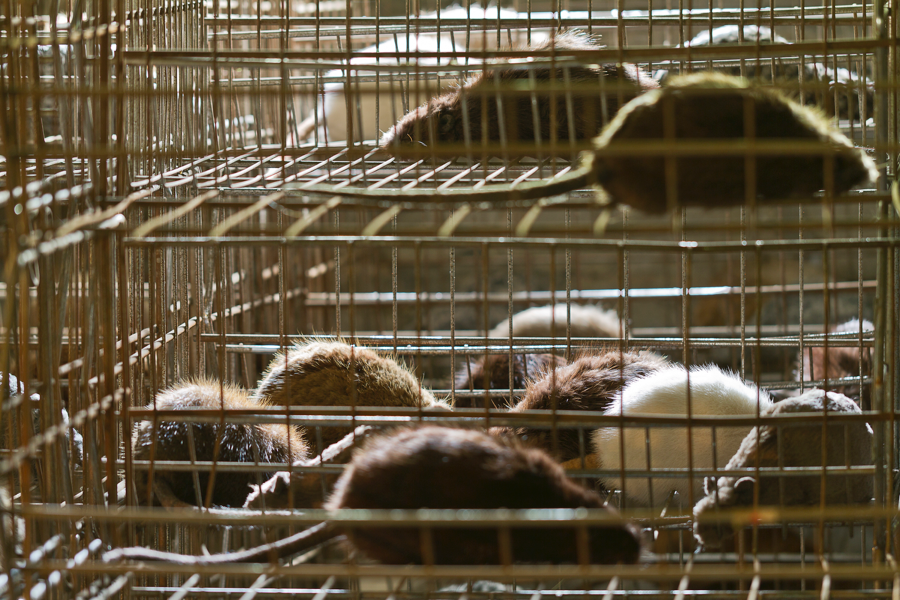 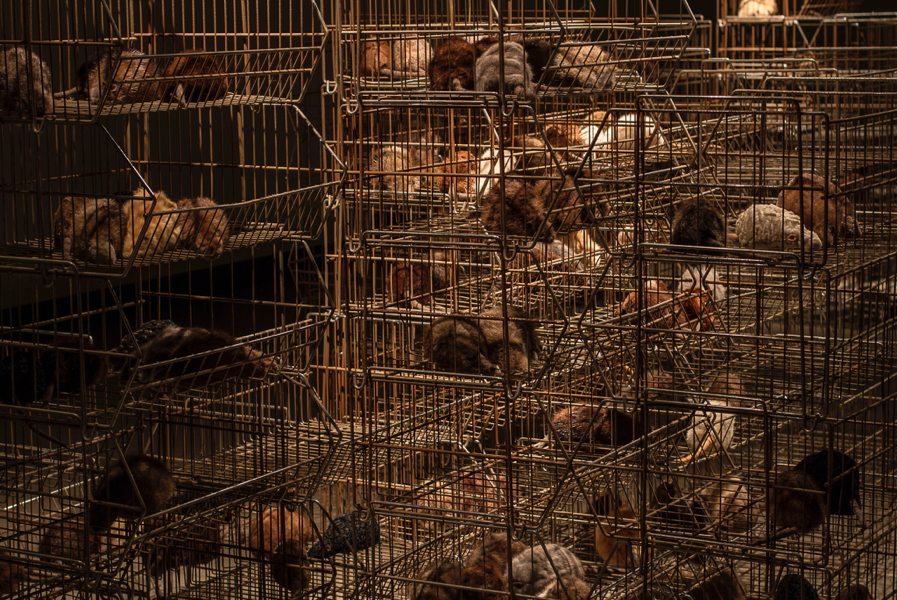 Such questions about nature—specifically relationships between animals and humans—propel Wright Cheney to periods of intense research. For example, here is what she learned about the history of the “coyotes” that live in her home province of New Brunswick:

There were once many wolves in eastern North America. Then the Europeans arrived, pitching tents and building towns, and gradually the wolves disappeared. Later, coyotes from the west expanded their range, moving eastward. When the coyotes encountered wolves north of the Great Lakes, they interbred, which resulted in a hybrid, a coywolf. New Brunswick is now home to a healthy population of these hybrid creatures. Wright Cheney suggests the wolf is essentially back, but disguised as a coyote. These classic tricksters have returned home. 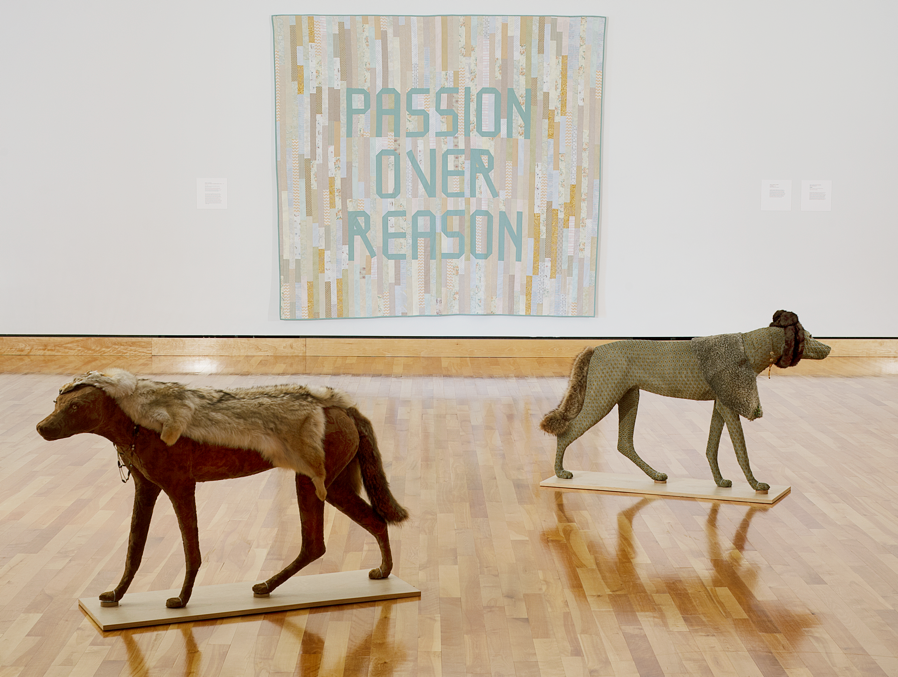 “Passion Over Reason” is by Mark Clintberg 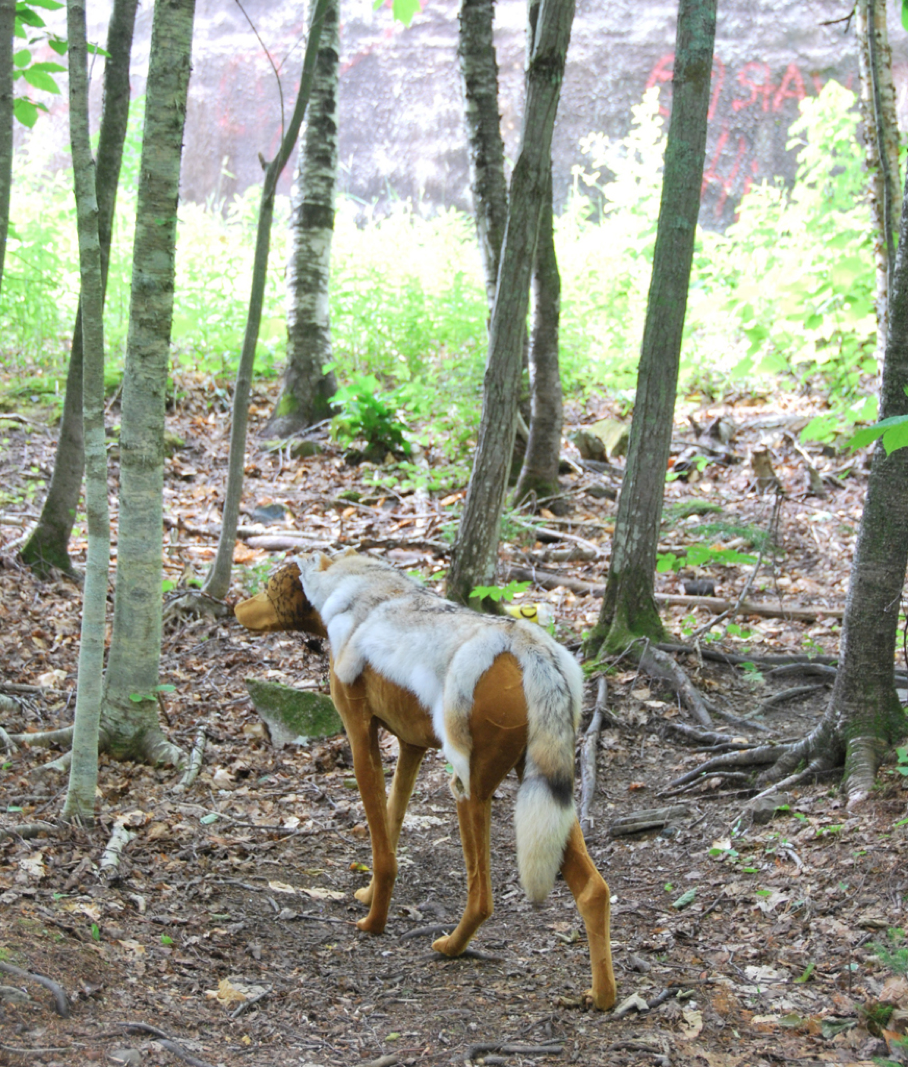 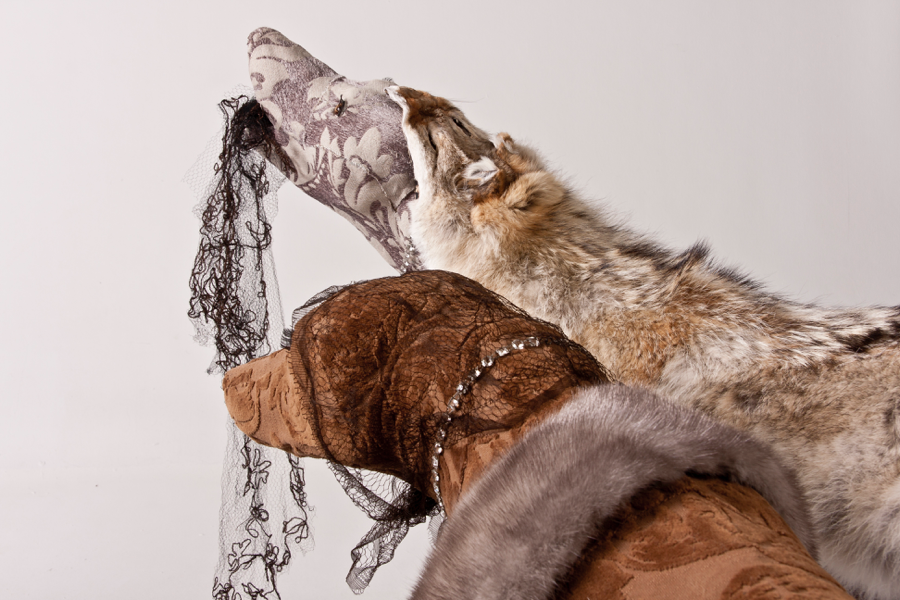 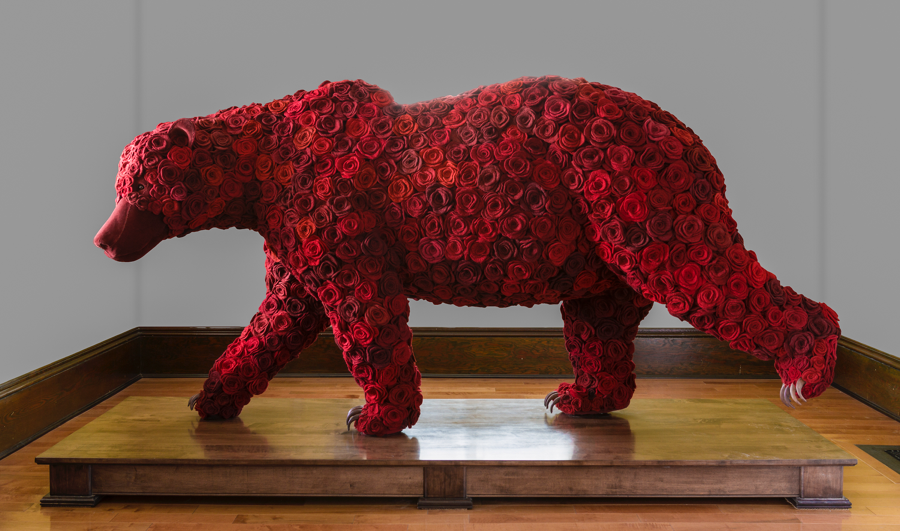 When I say, “three thousand roses,” that number is a placeholder. Wright Cheney herself does not know the total. After a friend counted the rats in the Cellar show, Wright Cheney insisted he not tell her. When people ask, she wants to be able to say she doesn’t know. She wants it to simply be “too many” rats. (And maybe they are breeding.) If the rats or the roses existed in a concrete number, the mystery would be lost. 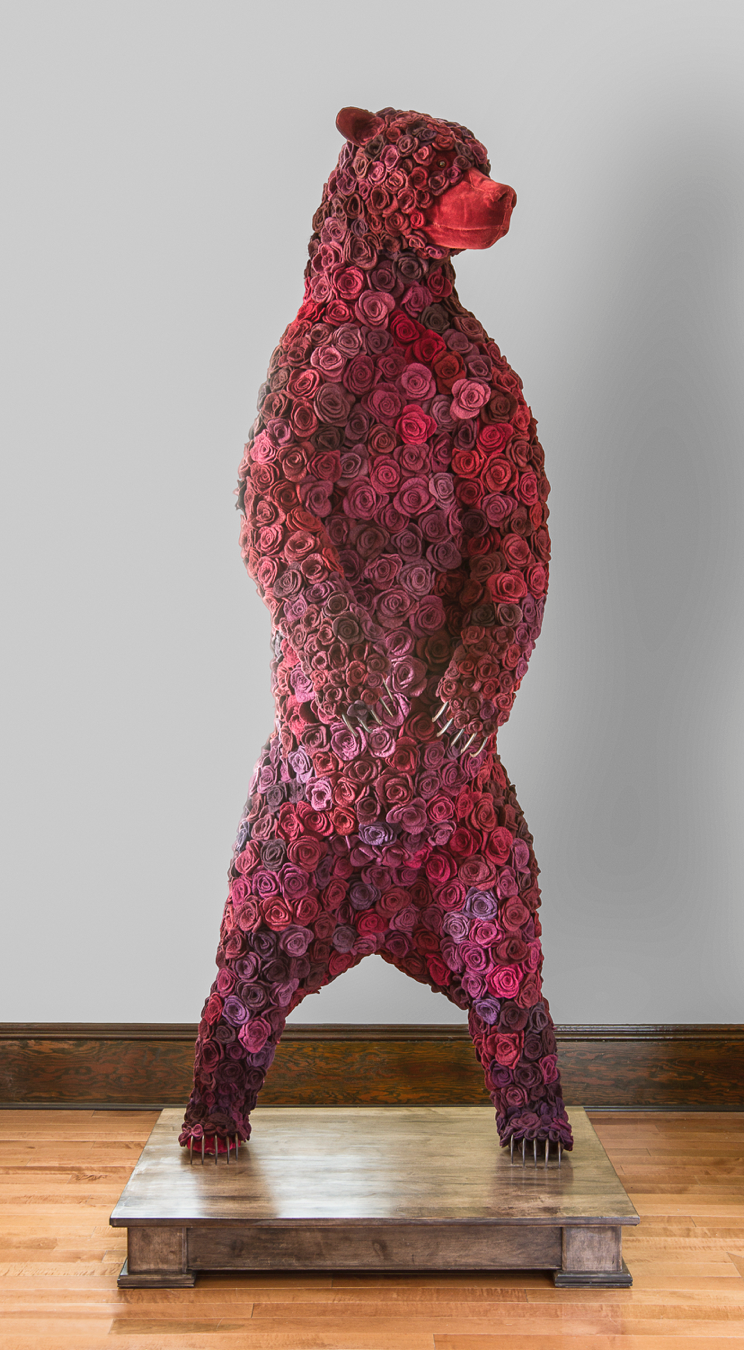 This mystery is part of what makes the bears so compelling. There’s a story in the acquisition of so many petals. A story the viewer must supply. If you know names of the two pieces are “Widow Walking” and “Widow,” what human associations do you now bring to the flowers? In this human/animal interaction, what a rose means to a bear is, perhaps, unimportant. 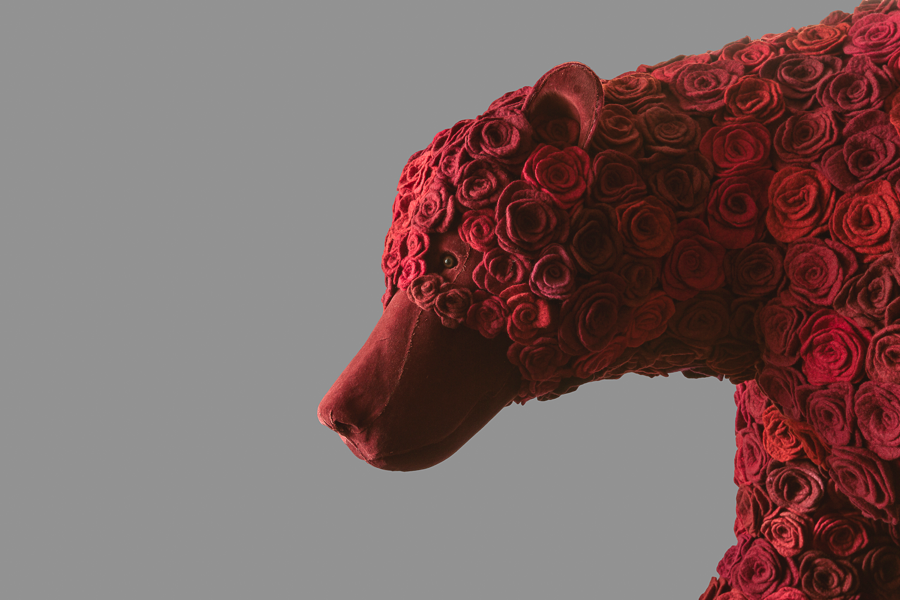 Even in making meaning, the human is changing the natural world. 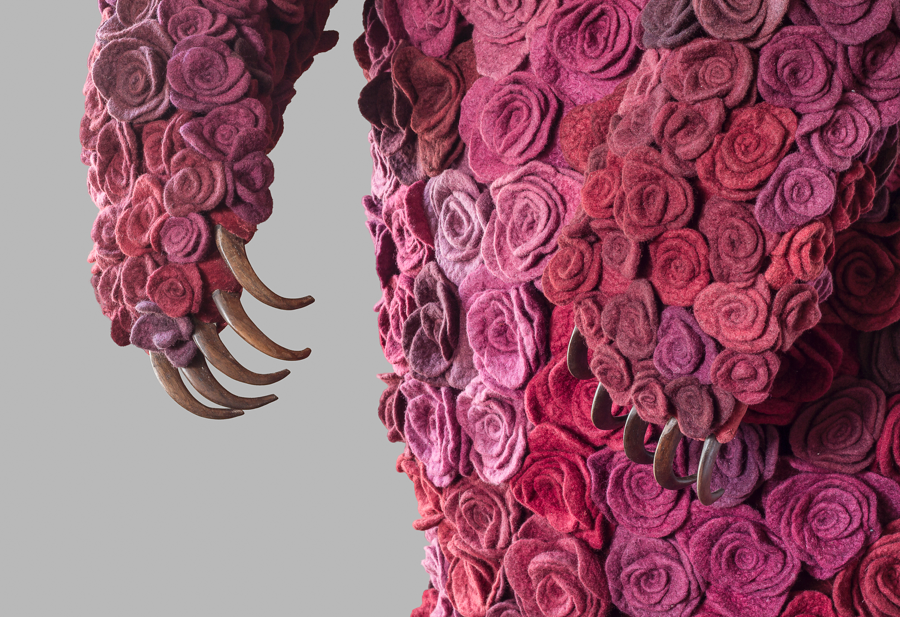 Wright Cheney does not lie. She does not make the bears dance or gently shake hands with new friends. Like her rats and wolves, her bears maintain the bodily form that many of us associate with displeasure or danger. Yet, in adornment, the artist adds an additional, softer, true story. 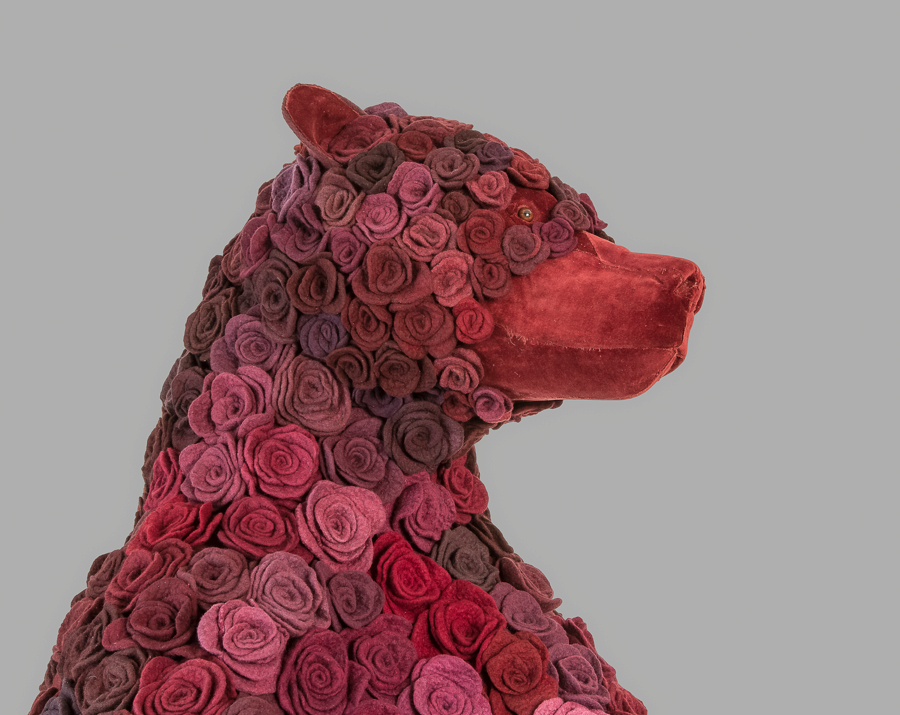 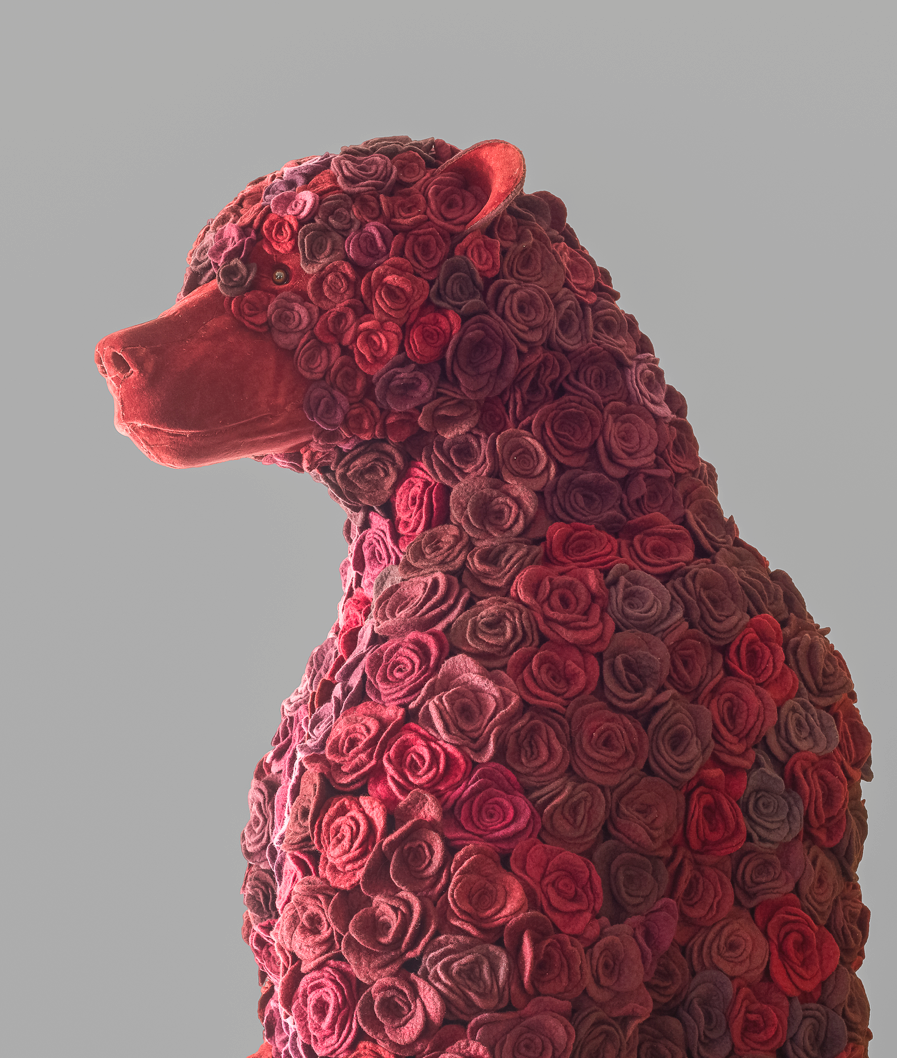 Perhaps this is why several viewers have made a confession to Wright Cheney—the multitude of roses gives them an irrational desire: to hug the bears. 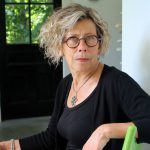