I was thinking about the plum tree. How strange, to be thinking of one mystery when another arrives. The week after my forty-ninth birthday, my father sent me a letter.

I grew up on a farm atop a steep fold of earth where the world is mostly sky. Closest to the sun was a windmill, then a barn, and trees. Back then there were elms, fewer box elders, more honey locusts, and a butternut next to the mailbox. Only a few sugar maples shaded the house. Three crab apples stood next to the garden, a sandpaper russet behind the woodshed, and a plum at the kitchen window.

The closest town was just a crossroads, but in Lancaster the streets were named for trees. There was no Plum Street. I’d heard of Plum Creek, but that was in Minnesota. Nothing local was named for plums: there was no Plum School; no Plum Park; no Plum Princess riding in a parade.

I hate to think of myself like that. A dim and incurious child staring through what, for all I knew, may have been the last plum in Wisconsin. But I was. And I did.

How random, the visceral oddities that stick: bare-chested brothers and babies at the table, the flat rosy creases of their nipples; the gritty twist of my mother’s wrist opening lime-scaled jars; the blood of a beet where my father’s fork serrated the butter; the stem of an old coffee pot propping open the plum tree window. 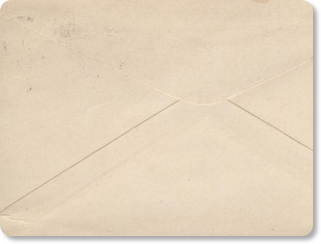 My father does not write letters. I recognized his handwriting by the numbers in my zip code. My father is scorekeeper during pinochle and euchre. He calculates bowling averages for his league in a ledger. On the farm, he wrote breeding and freshening dates on the wall of the milk house, listing cows by ear tag number. Fifty-two, same as a deck of cards, a herd he built from five. I remember because I’m oldest, though he took only the boys to the barn.

The first of my sisters was born when I was seven. My mother stayed in the hospital for three days. I cooked a potpie she’d left in the freezer and asked my father, “What did we have? A new brother or sister?” He wouldn’t answer. So I just sat there, chewing, staring out the window, staring through that plum tree.

I may have wondered, but wouldn’t have asked. Why? Well, why do you think? My mother answered questions with questions and my father not at all. All that could be known was already known and the rest was none of my business. It came with the farm, that plum tree. It came with a farm where nothing belonged to us. If God didn’t put it there maybe Jigs the landlord did. What did it matter? A plum tree is a plum tree even if it doesn’t have any plums.

What did I know of plums? I knew I didn’t like them, though I’d never seen one, because I didn’t like their cousins. Prunes are not like big raisins. The grandpa who put brown sugar in his coffee kept a box of those in his refrigerator. We didn’t have plums at school. The only fruits I remember on lunch trays were peaches. They came cut in half and served face down in their own little square. I thought it was a raw egg, the first time I saw one, an egg pulled from the nest of something big, like an ostrich or an eagle.

This is what my father wrote: “Dear Jacquelyn, I have put off writing this letter for quite some time but I think you have a right to know. When I asked your mother to marry me she told me she was pregnant whith another mans child I went and married her anyway because I loved her very much. After you were born I come home one night and another man come and asked to see you. I don’t remember his name or even if he is still alive. I raised you as if you were mine and mabe you are I don’t know for shur because I had sex with your mother before we were married. Please forgive me for upsetting your life. I told your mother I would tell you this if she went through with this divorce. I still love her and I would probly will the rest of my life. I am now seeing a wonderful lady who lost her husband 5 years ago she is helping me through this trying time. I will always think of you as mine but I think you have a right to know. I love you and your kids.”

He signed it: “Love Richard”

The problem with plum trees is they need partners. Early pioneers did not know this. If they were out hunting passenger pigeons and came across a wild stand of plums, they were prone to digging one out and dragging it home.

Henry Pink built that farmhouse in 1868, carving the year into the limestone foundation. Plat maps and the censuses say he was a lead miner, in Wingville, before moving to the Hurricane. I say it the way I heard it, “Her-i-kin,” but newspapers of his time say “the Hurricane.” We could see it from the top of our hill, a low general store with a gas pump and an abandoned cheese factory. My brothers and I rode our bikes there one Saturday before Mother’s Day and bought a giant conch shell covered in dust. With the change, we bought chewing gum that crumbled in our mouths.

I think the plum tree came from a nursery. There was a snowball bush off the front porch and next to it a rose bush as wide as the cellar door. And gooseberries. These bushes were advertised in 1863 issues of The Herald. I researched this after reading that letter and for more days than I like to think about. Mr. Pink would not have come home with just one tree. The orchardist would have sold them in pairs. Our plum wasn’t barren; it was widowed.

I drove to Lancaster to talk to my mother. I didn’t tell her I was coming. She would have asked why and I couldn’t say. I was thinking in numbers. In five months it would be their golden anniversary, but now it wouldn’t because of the divorce. Who does that after forty-nine years? Court took nine months and the divorce was finalized on my birthday, the week of Father’s Day.

My 70-year-old father threw himself a picnic. We all went, though we’d done nothing for Mother’s Day. He took his 83-year-old new girlfriend out in a rowboat and kissed her more than once. They came back from the lake holding hands. These were not things we had seen before.

When our mother filed for divorce, it took the Grant County Sheriff two weeks to subpoena my father. They found him in a shed he used as an auto shop, living in a pink Model T. He didn’t want to be divorced, he told them, so it seemed the first step was to avoid being served. 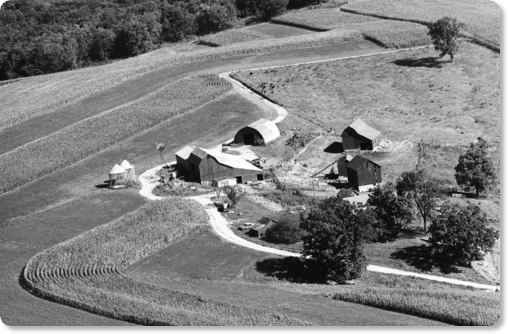 I suspect what we had in Mr. Pink’s backyard was the remnant of an orchard. The grass was mostly flowers, the type braided into garlands by children. Nineteenth century horticulturists planted Dutch white clover as mulch and to attract pollinating bees. Victorians were faddish for russet apples: hardy, well suited to winter storage, good for cider, and an awful gritty skin. No one fondles a russet. We used them for applesauce and to lure Rodney the breeder bull into the barnyard. The crab apples we made into jelly. The Pinks probably tapped the maples. But what could be done with an infertile plum?

Once we bundled up boughs for Vacation Bible School teachers with lessons on Japanese heathens. Once I buried a chicken foot, a cow tooth, and a lock of my hair beneath it for a magic spell. Once my brothers hung a featherless baby bird by the neck there and a cousin stabbed it with a dart. Once that same cousin hammered a horseshoe into its trunk, breaking the wind chime my sister made in school. And once, while bringing in laundry, I looked up and found three hidden plums.

My mother wasn’t home. It was a Saturday in early July and the sky was moving slowly. She’d be back. I drove on out to the Hurricane and walked around our old farm. Jigs sold it out from under us in 1976. My father got us a place in Lancaster and hired himself out to pour cement.

The first morning I woke up in town, it was raining glass. Up and down the street, trees halved themselves, parting cleanly from their centers. I didn’t know trees could be trained, pruned and shaped to peel away from power lines during ice storms. What did I know of domesticated trees?

I decided the plum tree on the farm was a Miner. In 1909, the New York Agricultural Experiment Station reported the pedigree of the Miner Plum: “In 1813 William Dodd, an officer under General Jackson found this plum growing in a Chickasaw Indian plantation at a place called Horse Shoe Bend, on the Tallapoosa River, Alabama.” It goes on and on, as genealogies will, until it reaches Henry Pink’s next-plat-neighbor: “A relative of the Townsends, at Galena, took trees of this plum to Lancaster, Wisconsin, where they were propagated by a man named Joel Barber. Barber named the plum after his father-in-law, a Mr. Miner, and this name, out of the dozen or more that have been given it, is the one under which the plum is now universally known.” Along the way, the plum had been named Hinckley, Chickasaw Chief, Old Hickory, General Jackson, Isabel, Gillett, Robinson, and Parsons.

What I wanted from my mother was a name. Not that it would matter. I had no plans to do anything with it. I just wanted it. I wanted it said. Spoken aloud so I could hold it, take it home, and roll it around on my tongue in secret. I wanted to hear her say it, so I could listen for a whiff of gardenias, summer grass, sad bonfires, and loss. I wanted her to see me try it on, to listen and tell me if it fit. I wanted her to think of giving it to me as a gift, so I could step out of it casually, let it drop, and forgive her fluently.

I was never an incurious child. I ate those plums. And said nothing.

A collector of communities, JACQUELYN THOMAS grew up in the driftless area of Wisconsin, where for 790,000 years glaciers feared to tread. Her poetry has appeared in more than thirty small presses and was presented at the Wisconsin Academy of Arts and Sciences, where she dined with limnologists. This is her first prose publication.