Sarah P. Renyolds on “Split Down The Middle” 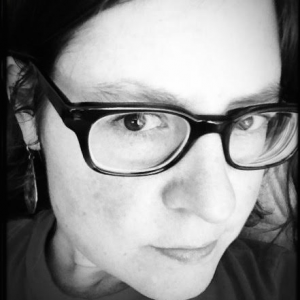 Sarah Reynolds’ audio essay, “Split Down the Middle” (Issue 7), explores one teenager’s painful secret, and how sharing that secret became a form of activism. In the following interview, Renyolds explores inspiration, working in sound, and her hero of fiction.

Sarah P. Renyolds is a radio producer and multimedia storyteller. Her stories have been heard on Australia’s ABC, NPR, PRI’s The World, Studio 360 and public radio stations around the U.S. Her reporting runs the gamut — from hate crimes to smell mapping to migrant workers. Some of her investigative work has culminated in a series of reports for national organizations working to change policy. Sarah teaches radio at Duke’s CDS and has taught at the Transom Story Workshop. (@sarahpreynolds)

What inspired you to create this piece? I pitched a series on immigration for the NPR station where I was living at the time – Cape Cod – and during that research I came across this young woman, Mara. I produced a shorter piece on her story for this radio series that focused more on the programs provided for someone like her, the difficulty growing up in a family of mixed-status, and then coming out. I had so much tape leftover and continued interviewing her after the series was over because I wanted to make something that could have more room to breathe, something that really allowed her emotions to come through. This is it.

How would you characterize your creative process as you worked on this piece? For this particular piece, it took some time. I started out with a more newsy angle as I was interviewing her and then realized she had a lot more to say that could become something more. So I transcribed tape, I pulled things I liked, put them together, took them apart, and went through several iterations before it became just Mara and her letter.

What writing or other artistic expression has had a profound impact on your writing?  As a storyteller, I’m always looking at the different mediums people are using to tell stories. I love to work in sound, and often work in radio. But some stories are better in print, some better with visuals, some with movement, video. And some with sound. I like mulling that over and thinking about how best to represent a person’s story, in what medium. What space can/should the listener have to invent the rest on their own and what do I need to provide to them. In this case, sound was enough. Anything more would have clouded Mara’s words and expression.

Where do you create? Tell us about your workspace. I’m a bit transient these days. Currently, I’m in London. I work between a local coffee shop and a small desk in my house. I like to work from home, but sometimes need the bustle of the outside world to help me focus, strangely. It’s like white noise.

What do you do to help yourself get over a creative block? When I feel creatively blocked, I usually go for a walk, or just stop trying to “work it out” and just do something else for a while. Sometimes, I’ll put a story on a shelf for a while and come back to it weeks or months later with fresh eyes and ears. That usually does the trick.

We asked Sarah to dip into the “Proust Questionnaire” and select a few fun (less writing-related) questions to answer. This probing set of questions originated as a 19th-century parlor game popularized by contemporaries of Marcel Proust, the French essayist and novelist, who believed that an individual’s answers reveal his or her true nature.

When and where were you happiest? In the back of a truck winding up a mountain dirt road in the highlands of Guatemala when I lived there back in 2008. Though I have been quite happy in many places. That was certainly one of them.

What is your greatest extravagance? Audio gear. And food. Always food.

Which talent would you most like to have? I’d like to have enough balance to walk on a tight rope.

Who is your hero of fiction? Margaret Atwood

What is your current state of mind? Quite focused actually, but not in a usual way. I just had twins in July and all I do these days is attend to these babies. It’s pretty amazing to feel an entirely different kind of “productive” that doesn’t involve work in any form I’m accustomed to.